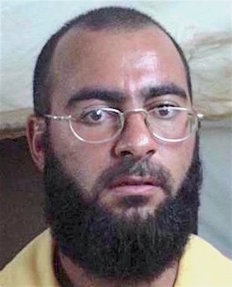 We came upon an open letter signed by a long list of Sunni scholars and political leaders from throughout the Middle East, addressed to Abu Bakr al-Baghdadi, the self-declared leader of the Islamic State. The letter explains in great detail why the deadly acts of the Islamic State rebels and many declarations by “leaders” of the organization violate the Holy Quran.
​
The letter, dated September 19, 2014, makes it clear that the Sunni Moslems separate themselves from the Islamic State and explain why Abu Bakr al-Baghdadi is wrong in declaring himself to be the caliph of the Muslim world. A caliph is believed by the Islamic people to be a successor to Muhammad.

In the letter the scholars point out that Dr. Abu Muhammad al Adnani, the man who now calls himself Abu Bakr al-Baghdadi, publicly quoted what he claimed was a verse from the Quran that justifies the deadly warfare now being conducted by the ISIS military.
​
The letter declared this quote: “God bless Prophet Muhammad who was sent with the sword as a mercy to all worlds,” as a statement that “comprises compounded confusions and a mistaken paradigm.”

The statement is a twisted version of the real verse which reads: “Now God sent the Prophet Muhammad as a mercy to all worlds.”

The letter goes on to say that the verse “is a general and unconditional statement taken from the Quran itself. However the phrase, ‘sent with the sword’ is part of a Hadith that is specific to a certain time and place which have since expired. Thus it is forbidden to mix the Quran and Hadith in this way.”

A Hadith in the Muslim world is a collection of traditions containing sayings of the prophet Muhammad, apart from the Quran that are used for guidance. The sayings are directed at specific events and times.

The letter also appears to quote directly from the Quran when it lists an “executive summary” of Islamic laws. Among them are the following:

“Armed insurrection is forbidden in Islam for any reason other than clear disbelief by the ruler and not allowing people to pray.”

Also: “It is forbidden in Islam to declare a caliphate without consensus from all Muslims.”
The letter is an obvious attempt by the Sunni leaders to separate themselves from the Islamic State and the state of war that is occurring throughout their homeland.

Abu Bakr al-Baghdadi has been a shadowy figure that has made only few public appearances. Among his most dynamic appearances occurred in June, 2014, when he virtually declared war on the Iraqi tribes and announced that he was the caliph of the Islamic world.
​
Obviously the Sunni leadership does not agree.