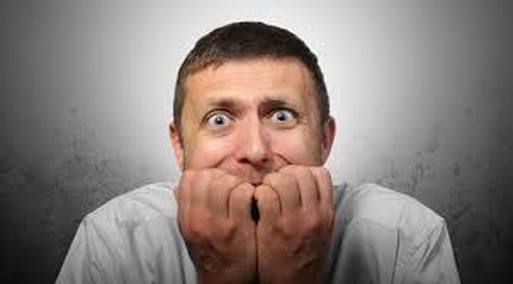 The whole concept of terrorism is not new. It has been going on for centuries because it has been an effective way for the servile of the world to strike out at their oppressors, no matter how powerful.

What is new about the current "War On Terrorism," launched by the Bush Administration after the 9-11 attacks has been the virtual size and scope of the government generated counter-attacks. The United States has turned itself into an international bully with its guns trained against entire nations deemed "guilty" of financing and supporting terrorist bombing attacks against American targets both at home and abroad.

In the eyes of the world, we have, ourselves, become the great world terrorist.

America shifted from a nation at peace to a nation at war with an invisible enemy in a single day. While there appeared to be general consensus that a secret Islamic fundamentalist terrorist organization called al-Qaeda and led by Osama bin Laden was behind the 9-11 attacks, there were too many things about that story, spoon fed to us by our own government, that never made sense.

For example: how did a group of young men from Saudi Arabia succeed in entering the United States, train to fly large commercial air liners, and then gain control of four commercial passenger planes at the same time using only box cutters?

Even more amazing is the story that these young and almost inexperienced pilots successfully alluded a squadron of Air Force fighter planes and flew these giant and complex aircraft into the World Trade Center towers and the Pentagon. Why didn't Air Force interceptor jets intervene once they knew these planes were off course and their pilots no longer in radio communication?

Why was President George W. Bush conveniently out of Washington that fateful morning reading "My Pet Goat" to children in Florida. And why was Vice President Dick Cheney in charge of government affairs, overseeing a "practice" attack by enemy aircraft over New York that very morning? And why did Cheney call down the Air Force fighter jets dispatched to intercept the run-away air liners before they did their damage?

Why were all the surveillance tapes from all of the cameras that observed the planes hitting the buildings, especially the Pentagon, quickly confiscated by the FBI and never made available to the public? And why did the World Trade towers . . . not just the two that were hit but a third tower nearby, all implode into rubble as if they were hit by professional demolition experts?

Those are but a few of the more burning questions still remaining unanswered about the 9-11 attack.

Other unanswered questions we have had with the events following that assault included the decision by President Bush to send troops into Afghanistan to attack that entire country when it was determined that the villains appeared to have been a radical terrorist cell from Saudi Arabia that merely planned the attack in a mask in Tubal? And why did Bush quickly divert the war effort to Iraq, which was in no way connected to the 9-11 attack?

Why did we not regard Saudi Arabia as the real origin of the 9-11 attack? That question is only now being raised; some 15 years after it all happened.

More questions: Why did Congress almost unanimously pass the complex and controversial Patriot Act within weeks of the attack? A document like that would have taken months to prepare . . . long before the 9-11 assault. Most of our elected legislators later admitted that they never took the time to study or hold hearings on this destructive piece of legislation. Caught up in the wave of fear that swept the nation they just obediently slipped it into law, thus opening our letters, telephone calls, and Internet communications to government observers without first getting court orders to do so.

Now that we have had time to study the Patriot Act, why does it remain on the books? Not only is it still a law, but legislators have since taken time to edit and add more teeth.

And why did Mr. Bush create the Department of Homeland Security during those same confusing weeks, when most people were being stirred to a state of nationalism by the rhetoric flowing from our television screens?

Since those days Americans not only went off to launch two unprovoked and unnecessary wars in the Middle East, but we have lived under a yoke of constant observation by our government. It was the Orwellian vision of 1984 springing into reality before our eyes. We still can't board an airplane without being virtually strip searched.

There have been those constant and ever vague "terrorist alerts" about information received by the FBI about planned new terrorist attacks on new U.S. targets ranging from nuclear power plants to water filtration plants and government offices. Of course the Islamic terrorist groups successfully blew up U.S. government installations overseas by exploding bombs strapped to themselves. The attacks coupled with sensational media reports have only intensified the fears among people on the home front.

Of course it didn't take long before a few mentally unzipped characters decided it was their role in life to join the terrorist movement and make some home manufactured bombing attempts. And it did not take long before the media blew each one out of proportion, thus intensifying the mass fright.

We watched in disbelief as billions of tax dollars were funneled into local police agencies, furnishing them with armored vehicles, riot gear and everything needed to turn them into military-type units operating under a new layer of bureaucracy under the guise of providing "homeland security."

Was the danger ever as great as we were led to believe?

A new book, The Terror Factory: Inside the FBI’s Manufactured War on Terrorism by Trevor Aaronson reveals how we have all been successfully duped to willingly give up our rights in exchange for protection from a non-existent enemy.

Aaronson told in his book how the FBI fabricated hundreds of cases of alleged terrorist plots, going so far as to provide the money and bombs, and then rushing in to make arrests after instigating the alleged attack by unwitting defendants who had no connection to real terrorist organizations.

During the years following 9-11, Aaronson said he found reports of hundreds of cases where defendants were charged with federal crimes of international terrorism. Of these he said about 250 of them were charged "with things like immigration violations or lying to the FBI" which somehow got them linked to terrorism. "Their charges did not involve any sort of terrorist plot," he said.

Of the 500, he said about 150 cases were caught in sting operations "that were solely the creation of the FBI." And of these, he said only about five people were really charged with international terrorism who were involved in a real plot and either had weapons they created or were in some way connected to international terrorists.

These cases included Najibullah Zazi who nearly bombed the New York subway system, Faisal Shahzad, who delivered a bomb to Times Square that failed to go off. Also there was Jose Padilla, the dirty bomber, Umar Abdul Mutallab, the so-called Nigerian "underware bomber" caught at Detroit, and of course, Richard Reid, the guy that attempted to bomb a flight to Miami with a device hidden in his shoes. The latter two were caught by passengers in the aircraft they were flying in, not the FBI.

And now we have the new pressure cooker bomb threat still unraveling in New York and New Jersey. It all seems to be the work of a single man working on his own. The media, of course, is suggesting ties to Middle East terrorist groups. A few people were injured when one of the pressure cooker bombs went off. Similar blasts have occurred over the years when the steam release valve stick while such devices are being used in home kitchens. But oh well.

Why is the FBI so involved in creating a false terrorism story? It all involves money, Aaronson wrote. He called it "bureaucratic evil." The way it works is this. Every year Congress allocates a counter-terrorism budget of $3 billion to the FBI, which has become the largest part of that agencies’ budget. If the FBI doesn’t spend the $3 billion in one year, the appropriation will be cut the following year. Thus, for its own survival, the FBI is forced to create reports of its achievements in stopping terrorism.

All government agencies work the same way, from federal levels to state and county and city levels. Thus you may get an understanding of just how the terrorist threat has grown in our minds, while in reality it probably hasn't been much of a problem when compared to more serious issues like global warming, nuclear waste and overpopulation to name a few.