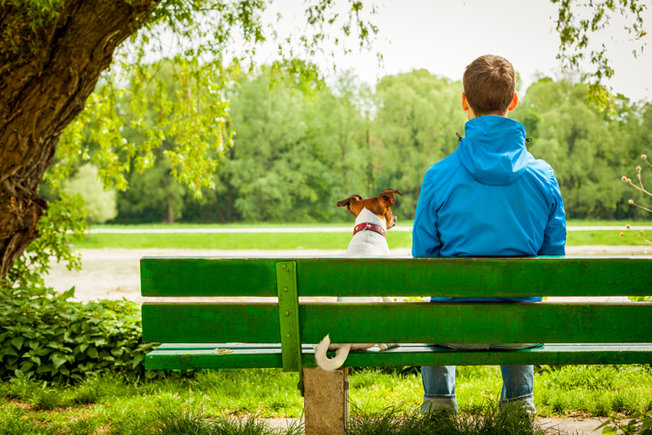 How Scary Is Our World?

Columnist William Blum writing for Counterpunch recently put forth an interesting question. He wrote: "Is the world actually so much more evil and scary today than it was in the 1950s of my upbringing, for which I grow more nostalgic with each new horror? Or is it that the horrors of today are so much better reported, as we swim in a sea of news and videos?

Indeed, as a child of the 1950s, I also recognize Blum's nostalgia for "the good old days." But it is true, when we think back on it, those days weren't really as good as we now want to remember.

We lived then under the threat of the Cold War and possible nuclear attack at any moment. People were building bomb shelters in their back yards and basements. We were fighting non-sensical wars first in Korea and then in Vietnam. Young men faced the draft and potential death on the battlefield right after high school. Civil rights was a big issue, especially in the south, and black leaders like the Rev. Martin Luther King and Malcom X were calling for black freedom before they were both murdered.

Television was coming of age in those years and great news anchors like Edward R. Murrow, Douglas Edwards and the team of Chet Huntley and David Brinkley kept us informed of world events.

Sure, we had reason to fear in those days, but at home, the propoganda machine had us all lulled into believing that in America, we were safe from the horrors of the world around us. We recognized ourselves as a "superpower" after winning World War II, we had our favorite general, "Ike" Eisenhower leading us from the White House, the middle class was coming into reality, good paying jobs were plentiful and life was good.

I remember trotting off to college just because my parents encouraged it. And college was cheap enough that I could pay for tuition and books from what I could earn each summer, and cover my rent by working in the food commons on campus. My parents sent a check for $10 every week which covered my food and there was usually enough left over to buy some beer during those college parties on the weekends.

Cars were cheap then. My first car, a three-year-old Chevrolet sedan, cost me $300. I earned the money growing strawberries on the family farm. We drove on highways that had no speed limit signs. None of the cars were equipped with seat belts or anti-smog equipment. The air was still clean in those days and we could see the stars shining like diamonds on a clear night.

Yes it was a good time to be growing up in the United States. Obviously people in other parts of the world didn't share in our rapture, but we were all so sheltered by our personal pleasures, the propaganda handed out by our teachers, our government and our churches, that we believed our nation was the greatest on Earth. I remember wondering why people all over the world didn't want to live the life style we were enjoying.

The concepts of imperalism, oppression and oligargy were unknown to us then. We knew the blacks had it bad in certain areas. I remember the Mexican farm workers coming into the farming areas each summer to hoe beans and sugar beets and pick fruit. I read stories about drug addiction and poverty occurring in the cities, but never saw these things as a blight on our great nation.

I never dreamed that the life style we enjoyed in those days would ever slip out of our grasp. But it did.

And now the news, which is being hammered into our heads on our televisions, our radios, our computers, our newspapers and our politicians, is so grim, we tremble in our shoes. We take pills to help us sleep. We turn to drugs and alcohol to escape in the only safe place we have left . . . our minds.

But is Blum right? Are things in this world any worse today than they always have been, or is that sea of news in which we swim causing our paranoia?

Well, we didn't yet perceive a dying planet in 1950. Our ice caps weren't melting. Our seas were not noticeably filled with plastics and dying sea life. The food we ate was pure and lacking the genetic modification that is occurring today. Our politicians still represented the folks who elected them. The opportunities for achievement were available for anybody with a good idea and jobs were available for anybody that wanted one.

The conclusion: Life at least in the United States is no longer as great as it once was. We as a nation are slipping into the sea of turmoil that has gripped the world for centuries. We have fallen into a trap carefully prepared by the greedy few that now control just about everything. They have thrown us into lives of servitude.