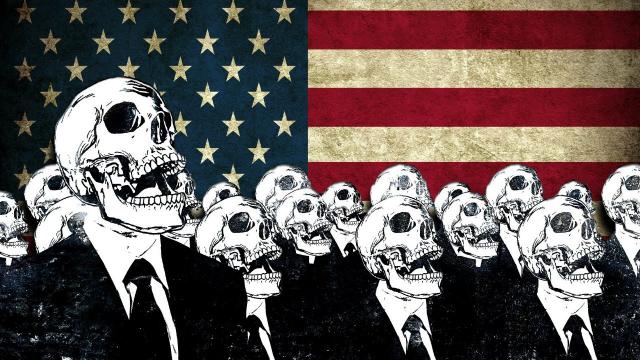 The ancient and mystical Roman Catholic Church is a global institution wrapped in secrets and profound mysteries, many of them so complex and entangled it defies the mind just trying to find and understand them.

While we have been devoting months attempting to understand the power of the Society of Jesus, better known as the Jesuits, we have also been coming across references to yet a second internal secret order within the church known as Opus Dei. The name is a Latin phrase that means “Work of God.”

Both groups sound like great social organizations established to carry out the work of the church. But as we have learned in our research, the Jesuits have grown to be a powerful political, economic and financial world power since it was organized by Ignatius of Loyola in 1534. Its members are all male.

Opus Dei is much newer. It was founded in 1928 by Josemaria Escriva de Balaguer, a Spanish priest, who claimed to have had a vision from God. This group, which admits both men and women, claims to offer a way for lay Christians to accept a call to holiness by secretly working as secular priests to do good works.

Like the Society of Jesus, the Opus Dei has quickly spun into a giant power within the power within the Roman Catholic Church. Its numbers in 2014 were estimated at over 93,000, spanning 90 countries. Of these there were over 2,000 priests. These numbers do not include another 2,000 plus members of Opus Dei’s Priestly Society of the Holy Cross, another secret group within the secret cult. Only God knows for sure what that society is up to. It is said that most of the Opus Dei members live in private homes and have secular careers. The others have chosen to be celibate. Many of the latter live in Opus Dei centers.
​
So why is Opus Dei controversial? Indeed, it has fallen under criticism even from the Jesuits, who perceive it as a conflicting organization. In 1982 when Pope John Paul II by apostolic constitution made Opus Dei a personal prelature, thus removing the power from geographical dioceses, the Jesuits perceived the cult to be working as a counter-balance to the overwhelming power of their own cartel.

But the controversial concerns go much deeper than the Jesuit complaint.

There are concerns about the secretiveness. The organization adopted a constitution in 1950 that forbids members from revealing their membership. All things relating to Opus Dei is to never be made public unless the superiors grant permission. Documents printed in Latin my not be translated into other languages. The members claim this is necessary for the profound commitment to the privacy and humility that they seek.

Critics also point out the aggressive methods used in recruiting new members, the strict rules for members to follow, the fact that many of the members belong to the elite branch of society, the group's political support of right-wing governments, and the practice by some members of self mortification.

Like all Catholic organizations, even though women are allowed membership in Opus Dei, they are considered second place to the men. They are prohibited from practicing artificial birth control and abortions, the unmarried women are segregated from the unmarried men in the centers, classes and retreats as "a matter of prudence." They are told their duty is to take care of their appearance and their duty, once married, is to belong to their husband.
​
Opus Dei is out there. Its members are everywhere. They may be among your next door neighbors. After 90 plus years of operating the organization has grown into a powerful force. Its political and social influence may already be occurring.