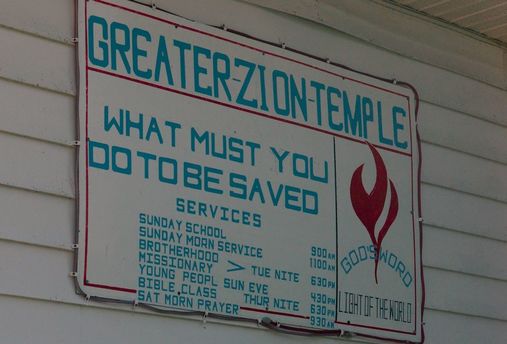 Religion is perhaps the oldest, most seductive and absolutely the most effective mind control tool ever devised by man to entrap people into a system of obedience based on fear.

Rooted on a general fear of the unknown . . . what happens to us when we die . . . religion generally teaches that there is life after death, but there is a system of reward and punishment following a judgment by a powerful and fearsome god figure that oversees our every act. Those that live up to a moral standard established by the religious group are promised a second life of splendor. Those that fail the test in this life are condemned to an eternity of unending suffering and agony.

All religions appear to have some kind of devine leader who claims to have come to earth as God's representative, who establishes this special code of morality and teaches how to live a life without sin.

It all sounds like a good idea at first glance. But there are some serious problems created by blind faith in these invisible gods and by trusting humans that claim to be holy representatives of the spiritually divine. All of the major religious systems are ancient, built upon thousands of years of embellishment and alteration to fit the religious and political demands of the various moments in time. The so-called holy books that are used are filled with the writings of antiquity and they often conflict with reality.

The power of the Vatican, the seat of the Roman Catholic Church and for a while, all of Christianity, has controlled the mindset of millions and literally prevented scientific progress. It's stand against birth control has helped overpopulate the planet and create many of the environmental problems facing us today.

Falling into this kind of entrapment shuts the mind to alternative ideas and scientific discoveries that contradict the teachings of the religious leaders. And a majority of the people living on this planet subscribe to some kind of religious belief system.

Liza Vassallo, who prepared the list of 14 systems of mind control, describes contemporary religions as "mind control based on astro-theology. Giving people an exoteric version of something that was once esoteric or internal. Government is the binding on the left brain. Religion is the binding of the right brain," she wrote.

Because of a general ignorance of the occult, humanity as a whole has been placed under this powerful religious spell and brainwashed not to question anything that conflicts with the teachings of their religious leaders and books.