There was a time not many years back when people and goods moved across the nation by rail. Trains were an important part of the U.S. industrial system, and in a few cases, they remain so. But there has been a slow and constant deterioration of the rail system, a lot of the great railroad lines have disappeared, and thousands of miles of precious track has been ripped up for lack of use.

There are some good reasons why this has happened. When the Eisenhower Administration paid $119 billion to construct the Interstate Highway system, building super four-lane expressways from the Atlantic to the Pacific Coast, beginning in 1952, it helped set the car up as the people’s favorite method of travel. It also made truck transit a more competitive system of shipping goods from coast to coast.

While this was happening, the price of gasoline and diesel fuel for trucks was low so it did not cost a lot to hop in the family car and hit the road for a vacation trip from Ohio to Yellowstone National Park and beyond. And Detroit automakers were working overtime to develop classic muscle cars that appealed to every driver.

My personal love for trains never wavered during those years, although when my wife and I went out of our way to travel by train on two separate occasions, I was disappointed by the slow bumpy, shaking ride in dilapidated cars moving over old track. I understood why people were rejecting the Amtrak System after it was approved by Congress in 1977.

While Amtrak was a long overdue incentive to encourage train travel and ease an already overloaded road system, Congress failed to finance the cost of building new and improved tracks or develop the exciting new high-speed rail systems that were coming into play in Europe and parts of Asia. Thus Amtrak became a patched-up continuation of the old rail system that never attracted enough business to generate an interest in making it better. Services were cut. We watched as rail system after rail system failed, and more and more track was torn up or abandoned.

I watched in horror as many of the old right-of-ways where tracks once ran were turned into snowmobile and bike trails. In other areas, farmers negotiated in court to acquire the right-of-way passing through their lands for personal farm use. Getting those right-of-ways back will be difficult and probably involve years of legal bargaining.

The time has come for the nation to seriously consider rebuilding its old rail system. The high cost of fuel has put a burden on family travel, trucking costs and airline travel. The continued burning of carbon fuels is contributing heavily to the complex problem of air pollution and a warming planet and climate change. Highways in our major cities are plugged with traffic jams. There is a big push on now to promote modern high speed rail service to ease the traffic problem, provide saver travel for commuters, and contribute to the shift toward green energy.

Statistics show that more people are seriously injured and killed in automobile accidents each year than by any other mode of travel. While occasional trail wrecks make sensational headlines, they are still rare in spite of the need for improved tracks and rail systems. Railroads are proving themselves to be the safest and most popular way to travel, especially where good rail service exists.

After getting in office, President Obama, promoted green technology and the construction of new high speed rail systems. Efforts to get some projects were launched under the government stimulus program in 2010. But the budget crunch and two wars, plus the Republican push to cut federal spending without seeking additional revenues through increased taxes has put a damper on serious high speed rail consideration.

Sarah Jaffe, associate editor of the Huffington Post, recently lamented that there has been reluctance by Tea Party and Republican conservatives to allow high speed rail construction. This, she wrote, is because the Republicans do not want a project like that linked to an Obama legacy. They also oppose anything that would be beneficial and strengthen the nation’s labor movement at a time when there is an all-out effort to break the unions once-and-for-all.

Thus the concept of high speed rail, which would benefit millions, provide jobs, help ease traffic congestion and air pollution, and move large numbers of people quickly between cities, has been snafued for political reasons.

Instead, the interest has remained narrowly focused on big business, the oil and automobile companies, and what is needed to assure profit margins for Wall Street investors. It is not on the Earth, or the future needs of our children and grandchildren.

The intense weather conditions that are bringing destructive storms, killer quakes and other natural disasters are beginning to put the brakes on the nation’s quest for oil and carbon fuel, however.

Andrew Breiner in a recent article on this subject for Think Progress noted that “towns and cities are better-connected to the national and global economy when they’re on train lines.” Yet he said the national yearly budget for Amtrak is only $3.5 million. “Even with stagnant funding making Amtrak less safe and reliable, ridership has been climbing. Americans are driving less each year and each generation of young people has been less interested in driving and car ownership than the last.

“With an adequately funded system of trains, there’s no saying how many cars would get off the road,” Breiner wrote.
​ 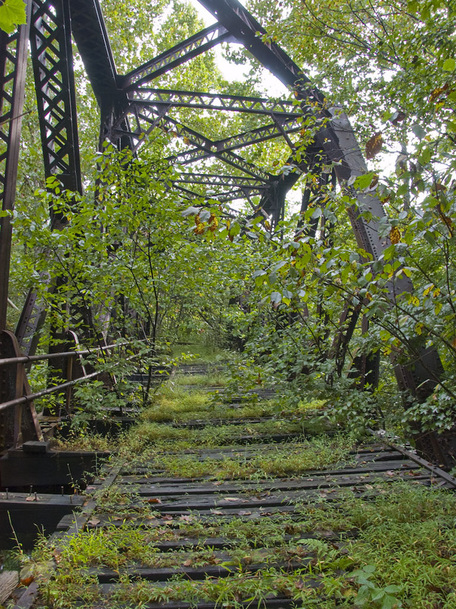