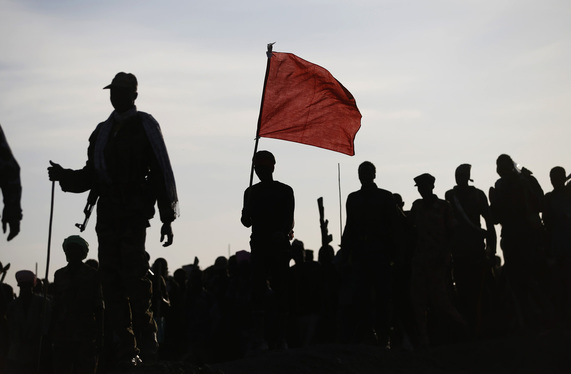 It should be no surprise that conspiracy theories abound in the United States, and perhaps many other parts of the world. Former President George W. Bush and his cronies used the technique of controlled conflict so blatantly that a lot of people learned to distrust anything their government tells them. The jury is still out on the Obama years in office.

Controlled conflict involves the creation of a conflict, waiting for public reaction and then stepping in to offer a resolution.

The Iraq war easily fits in this picture. We were told by Mr. Bush and his top advisers that Iraqi Dictator Saddam Hussein was harboring "weapons of mass destruction," there was strong implication that these weapons included at least a quest to develop an atomic bomb. After alarming the public, the Bush solution was to send in troops to remove Hussein from power. It was among the worst boondoggles the United States has been engulfed in. Hussein did not have such weapons, but we removed him from power, destroyed the Iraqi infrastructure, bombed their cities, and left over 600,000 Iraqi people dead. The consequences of what the U.S. and British troops did there have been an ongoing civil war and the appearance of an international rebel group known as ISIS.

Bush used the 9-11 attacks to launch his endless "War On Terror" and blindly used this declaration as an excuse to send troops to invade Afghanistan before he invaded Iraq.

That War on Terror also was used to force through legislation that stripped Americans of many of their constitutional rights. The Patriot Act gave the FBI, CIA and other police agencies the freedom to spy on Americans without court approval. Thwarted bomb attacks on various airliners brought about intense airport screening that includes physical or electronic body searches. Shootings at schools, theaters and other public places now threatens strict gun laws.

The constant media stories about Iran's alleged efforts to develop enriched uranium for the possible development of a nuclear bomb has signaled warnings of an attack by neighboring Israel. Iran also has been accused of supporting terrorism in the Middle East and possibly the United States. It appeared for a while that the public was being prepared for a new military attack on Iran. Fortunately cool heads prevailed in Washington and such an attack has been prevented.

A similar situation appears to be developing in North Korea where a young new leader, Kim Jong Un, has been rattling swords, firing off a newly developed long range missile, and is allegedly testing a nuclear bomb.

Even if Iran or North Korea do produce such weaponry, there is no indication that the leadership intends to use it to attack another nation. North Korea is making such verbal threats, or so we are told, but this appears to be standard behavior in that strange country. Such an attack with a single bomb would be an act of suicide for either country. Israel, Pakistan, Russia and the United States all possess enough atomic weaponry to wipe them both right out of existence. Doing this, however, would probably tip the scales of the world's eco-system and plunge the world into nuclear winter.

Other probable controlled threats include the so-called mumps, measles and influenza "epidemics" and the constant media call for people to get vaccinated. Because stories that new studies have shown that vaccines are relatively ineffective, and are laced with mercury, more and more Americans are refusing to receive the vaccines. What are the people to believe?

Thanks to the rash of allegedly false claims of danger Americans have become so suspicious of their government leadership that the controlled conflict form of mind control has become relatively ineffective. The conspiracy theorists have gone to such extremes that even horror stories like the Sandy Hook school shootings were listed in some Internet circles as a CIA plot to take away the people's guns.

​The gun lobby was a strong supporter of Donald Trump's successful campaign for the presidency.