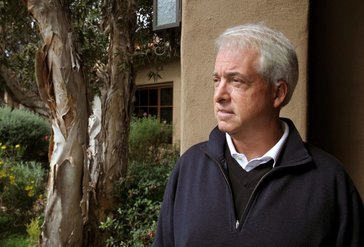 It’s a simple idea and one that voters in California will probably have no trouble approving. Wealthy San Diego lawyer John Cox is sponsoring a state-wide campaign to put a simple issue on the November ballot: force state politicians to hang logos of their top ten financial donors on their clothes when doing official business.

Using the slogan “California Isn’t For Sale,” Cox says he is spending a million dollars for paid canvassers to gather enough names on petitions to put the issue on the ballot.

If it passes, the initiative will require state legislators to wear “stickers or badges displaying the names of their ten highest campaign contributors” while conducting government business. That may not only mean while working in their legislative offices but also making public appearances.

Cox is allowing the California Fair Political Practices Commission to work out the details of just how the initiative will be enforced.

The idea . . . stirred by the wave of secret money pouring into state and federal campaigns following the Supreme Court’s notorious 2010 Citizen’s United decision declaring corporations “persons” and legally eligible for campaign contributions. As expected the decision opened the door for massive campaign spending designed to “buy” candidates for corporate favoritism among lawmakers.

Cox’s initiative is a simple way for the public to fight back. It simply puts state legislators that accepted corporate handouts in the spotlight. They must bear the public shame of having to wear the promotional logo of the company that bought them and make it available for everybody to see.

It reminds us of the old system of branding marks on the foreheads of law breakers declaring them thieves or adulterers.

“There is a very easy way to go into those chambers with a clean suit,” Cox said. “That’s to not accept any money.

“This is a very serious initiative. This is not a joke. If you came down from Mars and you looked at our electoral system, you’d say to yourself: ‘How dumb is this?’ You’ve got a system under which people who want something from government fund the campaigns of the people who make the decisions. How stupid is that system?”
​
Thank the five extreme right-wing Extremes for putting the nation in this situation.