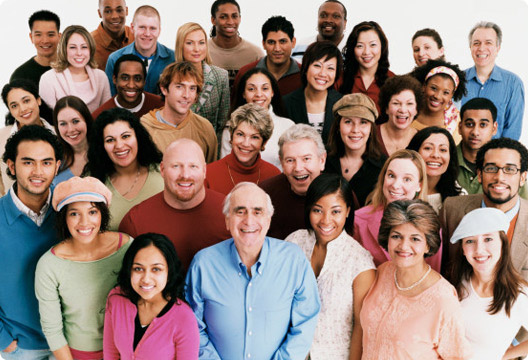 How Did Human Racial Diversification Happen?

If the Tower of Babel story is incorrect and a mythological god didn’t magically change humans into a hodge-podge of unique races with different skin color, language and general bodily appearance, how did we end up so different from one another?

One theory suggests evolutionary differences caused among tribes living in different climates and in different parts of the world. Yet archaeological discoveries reveal that the ancients may not have been as separated from one another as we once thought. Copper mined in Northern Michgan has been found in South America and portions of Europe. The similarities of the mounds and other architectures found in China, India, Egypt and Latin America strongly suggest ancient contact and exchange of information.

Another theory is that there was a diversity of humanoid evolution among early primates. This would explain the radical differences in skin colors, body appearances, languages and social behavior among the various races of the world. Strangely, these races are so genetically alike that they can easily cross breed and become racially mixed. How could this be explained? And if the ancients did travel, conduct trade and exchange information, what prevented them from cross breeding and blending all of the races? Why have they remained so uniquely different?

A third theory suggests genetic manipulation of the genetic makeup of various primates by visiting alien races and leading to different circumstances. This idea may be supported by the fact that a wide variety of bones of early primates have been discovered that were neither ape nor human, but something in-between. It suggests there may have been a lot of genetic experimentation going on before there was success.

A final theory suggests that all humans on this planet are the descendants of various alien races that visited Earth and established colonies. If this were true, it would mean that there is a basic genetic blueprint for the intelligent humanoid that occurs throughout the universe. This theory is strangely supported in ancient legends and mythology passed down from the distant past.

The failure by archaeologists and geologists to find that “missing link” proving evolutionary progression from ape-like creatures living in caves to civilized humans building monuments and shelters, seems to rule out a natural evolutionary process. The sudden appearance of Neanderthal humanoids followed by intelligent homo sapiens supports some kind of rapid change that either came magically from a creator in the clouds, or from genetic intervention from some outside source.

Some supporters of the genetic experimentation theory believe this may have been going on for a very long time.

Support for a progression of experiments can be found in the fossilized remains of a wide variety of humanoid creatures that once existed, ranging from Sahelanthropus tchadensis, a creature that lived over 7 million years ago, to Homo neanderthalensis, or Neanderthal man, who existed from about 230,000 years ago and then disappeared as late as 30,000 years ago.

Thus it is evident that a lot of thought and experimentation went on before modern Homo sapien made an appearance. Our arrival triggered a sudden avalanche of archaeological evidence. Not only tools but pottery, clay and carved stone figures of humans and animals, and the foundations of buildings are found almost at the same level of the geological spectrum.

Almost overnight, we were turned from animals to thinking creatures that clearly proved an awareness of ourselves through monument building.

The blemish in this picture is, of course, the racial diversity. The problem isn’t that we have a variety of races, languages and cultures, but that these different races seem to be naturally involved in spiritual warfare with one another.

The blacks and whites have been at odds for as long as history has been recorded. The yellow skinned races have perhaps blended best with the others, although there have been many wars throughout history.

Aboriginal tribes throughout the world remain unique unto themselves and rarely, if ever, mix with the other races.

That we can all breed with each other and create successful offspring is proof that we sprang from the same humanoid stock, however. The difference seems to be found in slight alterations in the genetic batch used to put us all together in the first place.