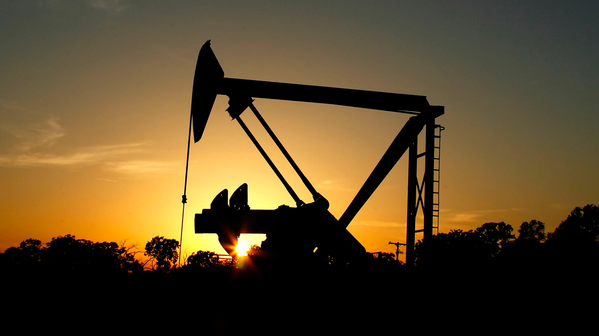 It is as if the gods have decided to allow humans to choose between total annihilation of our species or use our great minds to find ways to save ourselves before we are destroyed by our own folly.

Just when the best scientific minds and world leaders have joined forces to seek ways to cut carbon and methane gasses that are spewing from our smokestacks, tailpipes and fracking of the soil, American voters picked a dangerous leader. President Trump so in bed with big corporate powers and in love of money that he doesn't seem to give a damn about the health of the planet that sustains all life, including his own.

Thus the recent discovery of a vast shale field in West Texas that appears to be the largest source of shale oil and natural gas ever found in North America has Mr. Trump and his buddies at Big Oil smacking their lips over the potential profits to be made. With Trump and the right wing Republicans sitting in control of the nation's Environmental Protection Agency and clean earth laws for the next four years, it seems clear which path we will be taking.

And with the United States failing to get in lock step with the rest of the world in the fight against weather change and global warming, the world effort to save itself may be all for naught.

The U.S. Geological Survey has determined that the Woldcamp Shale geological formation in the Midland Texas area could yield 20 billion barrels of crude oil plus an estimated 16 trillion cubic feet of natural gas.

In addition, the Trump Administration and the U.S. Army Corps of Engineers has given the green light to completion of the long disputed Dakota Access crude oil pipeline being built to move large volumes of oil from deposits in the Dakotas and Montana to refineries on the Texas coast.

Researchers say the method of extracting the gas and oil from shale calls for advanced drilling which includes hydraulic fracturing . . . the process known as fracking. That means millions of gallons more of the world's precious and depleting fresh water supply will be lost in the process and volumes of more methane gas will be released into the atmosphere.

Those of us who understand the horrors of what these greedy money-hungry political controllers are about to choose to do will have no place to run to escape what is about to happen to the air, water and food supply on this dying planet. Those of us now living may yet last long enough to suffer the horrors of dying in the merciless environment being created for us all.
​
The rich ones will last a little longer. They will have the money to seize the last of the food and water. And they will have the means of filtering the polluted air so they can get the last gasps of decent air. But it will all catch up with them and their children eventually too.