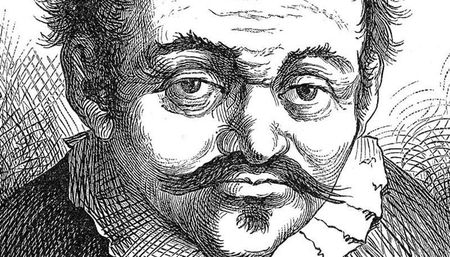 The Tragic History of Doctor Faust

​Literary buffs are familiar with Christopher Marlowe’s “The Tragical History of Doctor Faustus” and Goethe’s “Faust.” But few readers of those infamous stories know that there was a real Dr. Johann Georg Faust and that the stories appear to be based on the legend of his tragic life story.

Faust is described in biographical works as “an itinerant alchemist, astrologer and magician” who lived from 1480 to 1540 during the German Renaissance.

According to legend, Faust became involved with the occult, learned how to summon the devil, and sold his soul in exchange for 24 years of a life of pleasure. As the years passed Faust learned to regret his deal and made an attempt to withdraw it. According to the various fictional stories, Faust paid dearly for his decision. It was said the devil tore him to pieces and left his remains on a dung heap near Wittenberg. His eyes were glued to a wall.

The biographical record of Faust is almost as strange, and some people believe he may have really had a companionship with the devil. One German writer, Johannes Trithemius, described Faust as a con-man and drifter who preyed on the gullible. He briefly held a teaching position in Kreuznach but fled after molesting several boys in the school.

Faust was believed to have gone to the University of Heidelberg where he obtained a degree in divinity in 1509. From there he went to Poland where he reportedly studied magic at the University of Krakow. It was during this time that Faust allegedly became acquainted with Philip Melanchthon and Martin Luther, who were in some way linked to his association with the devil.

Faust lectured for a while at the University of Ehrfut, in Germany, but was expelled by Dr. Klinge, a Franciscan monk who learned of Dr. Faust’s dark past and asked him to repent. When Faust refused to repent and admitted his pact with the devil, his time as a university professor was over.

Faust then began traveling around the country, using his skills as a magician and alchemist to amaze the people. His notoriety as a magician quickly grew, but so did his reputation as a con-artist. Consequently he was expelled from the towns he visited where ever he went. It was said he did such things as conjure wine out of a table and correctly predict future events. He was sent to prison after creating a substance from wine and arsenic that he said could remove hair from a man’s face without a razor. When tried by a chaplain it not only removed the hair, but also the flesh.

There are various stories about Faust’s death. One account said he died in an explosion in the Hotel zum Lowen while conducting an alchemical experiment. His body was found mutilated by the blast, from which grew the legend of the devil’s involvement. The hotel was located in the town of Kreuznach. A “Faust Haus” restaurant was reportedly erected on the site where Faust was said to have perished.
​
There is another strange story related to Faust’s body. The theologian Johann Gast said that the body could not be kept lying on its back. It kept turning so his face was turned to the earth even though morticians kept turning him on his back again.