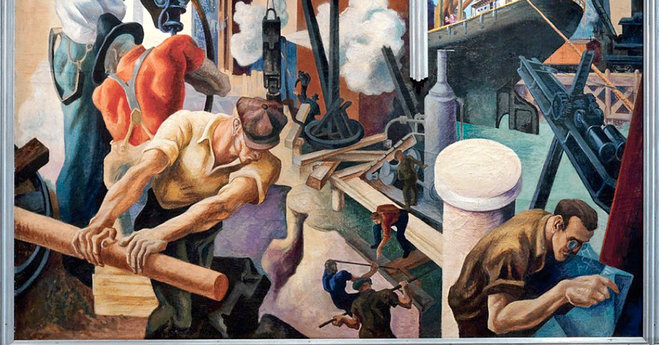 It’s Labor Day – So Who Is Celebrating?

The Labor Day holiday has been celebrated for the last century. But other than a day off from work and marking the traditional end of the summer vacation season, when children trudge back to school, the holiday has lost its glimmer for many Americans.

If they are working, the job is usually labor intensive and the wages are so low that workers are forced to seek second jobs just to try to make ends meet. Many of the people who have jobs are slaving away at public service positions like fast-foot joints, Wal-Mart and service stations that keep their doors open on Labor Day. Thus, there is no time off with pay for them.

Labor Day originally marked a celebration of the American labor movement, which brought about higher wages, vacation time off, paid health care and other benefits that created the American middle class. With the rise of the “right to work” laws, many states have successfully broken the back of labor unions, and allowed industries and other employers to cut wages and eliminate those benefits, thus chipping away at the middle-class concept.

The very title, “right-to-work,” is a misnomer. Instead of assuring every American a right to hold a job, the laws are prohibiting agreements between labor unions and employers and making it illegal for unions to force workers to participate in union membership to hold their jobs.

While this has been going on, the nation’s elected leaders, obviously prodded by the big corporations that financed their election campaigns, have been making international trade agreements that eliminate tariffs and made it possible for many of America’s major industrial employers to move their factories overseas in search of low-cost and non-union labor. Products now made in China, Taiwan, Indonesia, India and Mexico now fill the shelves of major U.S. department stores.

American students, burdened with the heavy debt of having financed their way through college, are facing an empty job market. Young married couples and their children are moving in with their parents, either for lack of jobs or because their income is too low to cover the cost of renting or buying a home of their own.

Many people are losing their homes because they can no longer make mortgage or rent payments. The problem of homelessness in America is becoming a major problem in nearly every major city. Tent communities are becoming more and more common.

It appears that the greed of a few is succeeding in destroying the American middle class, and bringing back the old feudal system that prevailed throughout Europe during the Dark Ages.

We notice that our television programming is packed with promotions designed to entice people to buy costly new cars, buy insurance, frequent their dentist office, and ask their doctors to prescribe some new pill that cures silly things like dry mouth and frequent heartburn. But who can buy such things if they don’t have the means to make their rent payments and put a decent meal on the table?
​
Employers would be wise to follow the rule established by Henry Ford at the turn of the last century. Ford invented the assembly line and paid his workers well because he wanted them to be able to buy the cars they were manufacturing. Duhhhhhhh.