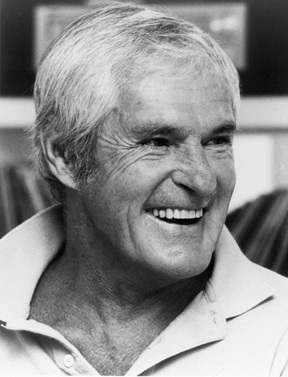 It has been about 50 years since U.S. Psychologist Timothy Leary advocated the value of LSD and other psychedelic drugs in dealing with habitual behavior and treating some forms of mental illness.

Instead of carrying on Leary’s research and considering the value these drugs might have, authorities lashed back at Leary’s unconventional behavior and members of the “counterculture” that endorsed his ideas. Harsh laws were passed making the use and possession of LSD, psilocybin and other psychedelics a felony. Leary was fired from his position at Harvard University and eventually imprisoned. President Richard Nixon once described Leary as “the most dangerous man in America.”

Because of the attacks against Leary and the strong laws prohibiting the use of LSD and other psychedelics, follow-up research on Leary’s findings in his Harvard studies came to a halt in the United States. Research quietly resumed, however, in other countries where the substance also was declared illegal, but enforcement in recent years appears to have been relaxed.
​
Researchers at Imperial College in London recently scanned the brains of 20 volunteers while under the influence of LSD and found that Leary was correct. In a study published in the Proceedings of the National Academy of Scientists, the team said LSD not only increased connectivity between parts of the brain, but many of those areas of the brain became involved in visual processing and complex visual effects.

The research team found that the drug “unified” the brain in a way that created a sense of well-being that lasted long after the effects of the drug wore off.
​
In his work at Harvard, Leary found that the use of the psilocybin mushroom was effective in helping people overcome habits like smoking and alcoholism. He also had very positive results in curing recidivism among criminals. He argued that psychedelic substances used in a controlled setting could alter behavior in more beneficial ways than with regular therapy.

David Nutt, the senior researcher in the Imperial College study, noted that the prohibitions against LSD, which reached beyond the United States, made it difficult to research the drug and test Leary’s findings. In an interview with the Guardian he said: “For the first time we can really see what’s happening in the brain during the psychedelic state, and can better understand why LSD had such a profound impact on self-awareness in users and on music and art. This could have great implications for psychiatry and helping patients overcome conditions such as depression.”

Indeed, the slow release of information by researchers at the fringe of the strict U.S. laws prohibiting the possession and use of psychedelics, reminds us of the way the world began to re-awaken after struggling through the Dark Ages.

The tragedy here is that the genius of Leary, because he was such an unconventional personality, was stifled. And because of that, all of the research he launched was placed in the deep freeze for the next 50 years. It is only now that fellow psychiatrists are learning how right he was.

We must wonder how many people might have been relieved of their additive behaviors, their depressions, and other mental health issues over the years if the research could have continued.

As it was, Leary did not go down in flames as his critics probably hoped. He was such a powerful voice of his generation that his books, his speeches and his friends held him in high esteem right up until the day he died of prostrate cancer.

Leary even made his death a spectacular event. He recorded each day of his dying, refusing to use the conventional drugs that “dull the mind” like heroin and morphine. Instead he went out with the help of psychedelic drugs and nitrous oxide while friends and well-wishers gathered around him.
​
Leary’s son Zachary described his final moments. He said Leary clenched his fist and asked: “Why?” Then he relaxed and asked: “Why not?” His final word was: “Beautiful.”