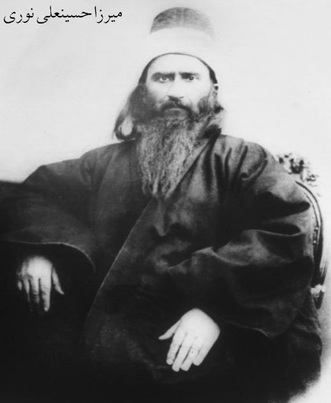 Among the amazingly accurate contemporary prophets in the world were Baha’u’llah, the founder of the Persian Baha Faith during the Nineteenth Century, and his son, Abdu’l-Baha, who succeeded his father as head of the sect.

These men not only founded a religion that has had a major impact on followers throughout the world, but they produced volumes of writings that included prophetic warnings to world leaders that have come true. Many of the writings involve written records of things Abdu/l-Baha said during public appearances in the United States.

Baha'u'llah also foretold the rise and fall of Communism, the two world wars, and the discovery of nuclear energy.

Predictions of America’s future are vague and mixed. Various writers have attempted to piece together the prophetic messages after translating them from the Persian text to English by Shoghi Effendi, who bore the title Guardian of the Baha’I Faith.

In his publication: Messages from Shoghi Effendi to the North American Baha’s, 1932-1946, Effendi points to statements by Baha’u’llah regarding “the glorious destiny which America was to attain in the days to come.”

Author and scholar Christopher Buck, in a recent essay concerning the Baha’l Faith, notes that Baha’u’llah did not condemn the rulers of America in his writings, but instead called upon them “to bring their corrective and healing influence to bear upon the injustices perpetrated by the tyrannical and the ungodly.”

This, Buck said, has been regarded by followers of the faith as that “glorious destiny” placed upon the United States. But these things were written even before the United States emerged from World War II as a world power with a leadership that was reaching out, even to its former enemies, with food and resources to rebuild and work in unity with other nations on a quest for world peace.

Something has gone wrong with this formula in recent years. Instead of seeking a peaceful route to world peace and prosperity, the U.S. and other developing nations have found themselves caught up in a struggle for survival in an overpopulated world, a rush for military might and nuclear power, a loss of enough natural resources to feed, clothe and house over 7 billion people, and a world now dying from careless human waste.

In his essay Buck writes: “Baha’s believe that America will not fulfill its spiritual destiny until it meets certain spiritual conditions. Basically, whatever America should do in order to promote world peace and international cooperation, all countries should do, not only unilaterally, but multilaterally. For the oneness of humanity to become fully realized, we must achieve a political, economic and scientific unity of nations.”

In other words, to achieve world peace, all nations must work together in a brotherhood that today, in the political chaos that prevails on the streets of the United States, appears to be an impossible goal.

We once had the tools, but somewhere along the way, greed and corruption got in the way. These are the very things that brought down the great rulers and kings of the past and there is little doubt that if Baha’u’llah were alive today, he might be seeing the same future looming for America.

But Shoghi Effendi has also said that the United States was chosen as the “Cradle of the New World Order not because of its spiritual qualities, but because of its corruption, the same as Persia was chosen for the Revelation of Baha’u’llah because the Persians were worse than the African savages and far more barbaric.”

Some believe Baha’i writings refer to a “coming calamity” that will “fulfill the prophecy that the United States will suffer, then it will lead all the nations spiritually.”

It seems that the world is doomed to “suffer to awaken.” After this, the prophecy offers what has been described as “a lesser peace.”