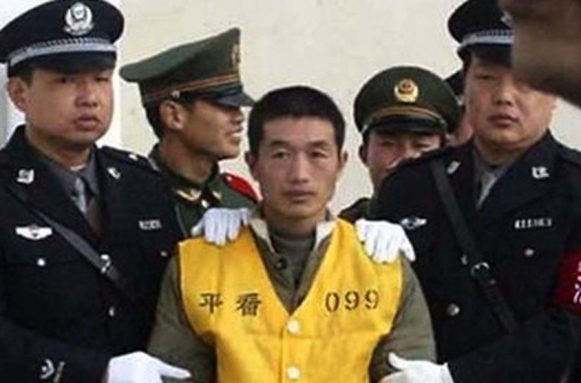 The epidemic of serial killers is occurring all over the world. Consider the case of Yang Zhiya, a 36-year-old Chinese man who was executed by a firing squad in 2004 after confessing to 65 murders and 23 rapes between 1999 and 2003.

The Chinese media referred to Yang as the nation’s “Monster Killer.” While emperors have been much more barbaric, Yang has gone down on record as the most prolific serial killer in China’s history.

Born into extreme poverty, Yang reportedly began his life of crime in 1988 when he was arrested for theft. After spending time in a labor camp, Yang was again charged with stealing in 1991 and returned to a labor camp.

In 1996 he was sentenced to spend five years in prison for the attempted rape of a woman in Zhumadian. He was released in 1999. That was when he began his killing spree.

It was said that Yang broke into the homes of his victims in the night, then killed all of the occupants with axes, hammers and shovels. Most of his victims were farm families.

A peculiar thing about Yang is that each time he killed, he wore new clothes and large shoes, police said.

Police began to zero in on Yang in late 2002 after he killed a man and his six-year-old daughter and raped a pregnant woman. The woman survived the attack despite severe head injuries.

Authorities finally arrested Yang in late 2003 after watching him act suspiciously during a routine police investigation in Cangzhou. While under police custody it was discovered he was a suspect in murder cases in four other provinces.

While in police custody Yang eventually confessed to the rapes and murders, plus five other attacks that left his victims seriously injured. It was learned that Yang had contracted HIV from one of his victims.

He was executed by shooting on Valentines Day (in the U.S.), Feb. 14, 2004.
So what motivated this man to kill as he did? He told authorities he killed in angry retaliation after his girlfriend broke up with him. But in truth, he just enjoyed living a life of crime.
​
“When I killed people I had a desire. This inspired me to kill more. I don’t care whether they deserve to live or not. It is none of my concern,” he said.