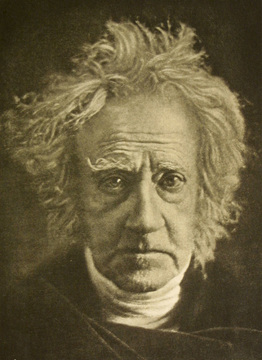 William Herschel
Theory of Life on the Sun

We know that the early church taught nutty things like a flat Earth and that the stars all revolved around our planet. That was 2,000 years ago. But would you believe the astronomer who discovered Uranus about 200 years ago also theorized there was life on the Sun?

The astronomer’s name was William Herschel, a British musician who shared a love for astronomy with his sister, Caroline. They were working together when Herschel identified a new planet in the Solar System that was later named Uranus. The discovery gave him fame in the scientific community. He was even granted knighthood by the Crown.

In keeping with the attitudes about women in that day, Caroline’s role in the discovery of Uranus was overlooked. She was, however, recognized for the discovery of several comets and was the first woman to be given a paid scientific position and receive an honorary membership in the Royal Society.

Fourteen years after he and Caroline discovered and recorded numerous other celestial bodies, Herschel published an essay: “On the Nature and Construction of the Sun and Fixed Stars” in which he argued that the Sun was an enormous planet that probably supported life. He assumed that “all other planets in our solar system contain life so too must our star,” he wrote.

By then Herschel was gaining a reputation as a builder of larger and more powerful telescopes. Sometime between 1785 and 1789 he and Caroline built a giant iron 40-foot-long telescope at Windsor, England that was the largest telescope in the world for the next 50 years. It was known as the Great Forty-Foot. They used it to discover Enceladus and Mimas, two of the moons of Saturn.

With all of their research, their eyes turned into the heavens, it seems incredible to us today that people in the late Eighteenth Century still did not recognize the Sun as a massive ball of burning gas and heat and the core of our solar system. That farmers also watched the movement of the sun and stars to know when to plant and harvest their crops, that the days were always warmer while the Sun was in the sky and people could not gaze at that light for long without going blind should have given them some clue as to what that giant ball of light really was.

Also there was that Galileo thing. That Italian mathematician designed an early concept of a telescope and theorized that the Solar System involved planets revolving around a sun. We all know what happened to him for daring to challenge the teachings of the church. That was in 1615, another 250 years before Herschel came along.

Because Herschel’s name carried weight among the astronomers, his theories were given serious credibility; at least for a while.

To be fair, the telescope had only been invented about 250 years earlier than Herschel lived, and astronomy was still an unseasoned profession. Thus the work of William and Caroline Herschel, who also began building large and more powerful telescopes, was literally breaking ground for stargazers who followed.

In spite of what appears to us to have been a ridiculous and obviously unsubstantiated claim, Herschel’s proposal that the Sun was a planet that supported life went unchallenged for several years. Then British intellect Thomas Young published a response in which he pointed out problems in Herschel’s theory. He suggested that because of its size, the “immense gravity of the sun would pose problems for life.”

Still other astronomers, now gazing as much as possible on that giant furnace before they went blind, were discovering sunspots. Thus one observers suggested that the spots were volcanoes. Another suggested they were towering mountains. Another idea was that the bright, hot matter they were observing wasn’t an atmosphere but rather an ocean, and that the sunspots were the tips of mountains exposed by the ebbing tides.

Believe it or not, this was the epitome of scientific thought just 200 years ago. We might boast that our researchers have since “come a long way baby” since those times. But we must wonder if researchers 200 years in the future won’t be looking back at some of our beliefs and research papers with equal disdain. Might they be wondering: “What were they thinking?”
​
Like the great slogan from the X-Files television series: “The Truth is Out There.” But will we ever know for sure? 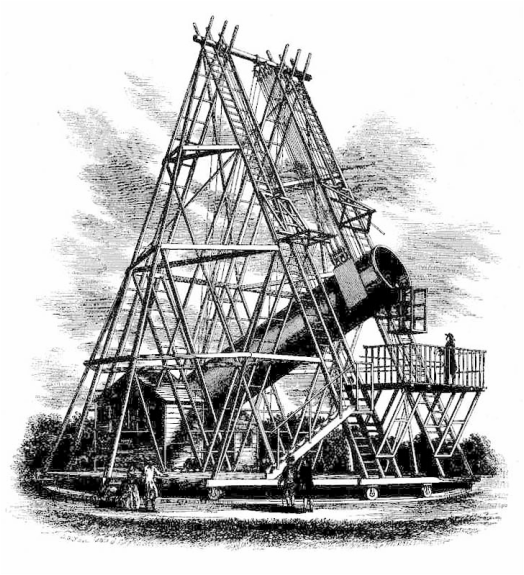