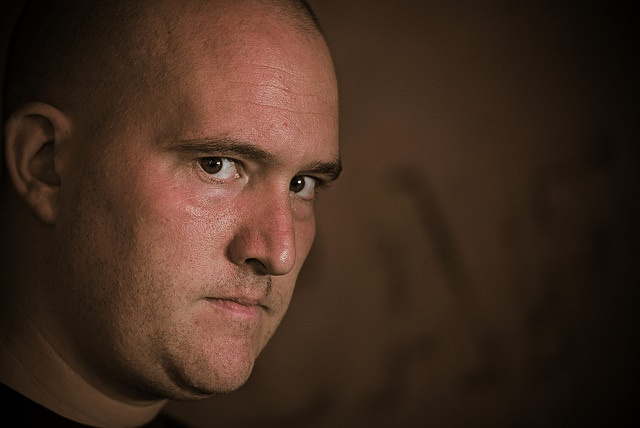 Staying Upbeat On The Job

Maintaining a positive image while dealing with the public has long been an unspoken requirement for American workers. Most of us learned early how to hide our emotions and generate a “happy” front during those critical hours we spend at job slavery.

When working for the “boss” we always understood the cardinal rule that “the customer is always right.” Thus we labored under the threat of possibly losing those jobs if a customer chooses to complain about our performance.
​
Those of us who had jobs that pushed us into daily confrontation with the outside world are well aware of just how volatile some people can be, especially during recent times. Maintaining a “professional” pretense when we would really like to tell the troublesome jackanapes where to get off is sometimes more than we can bear.

During my years as a working journalist, I spent a lot of my time working on news bureaus. Thus I was located miles away from my editors and entrusted with the job of maintaining the office and meeting the public. There were times when my abilities to deal with shaky situations were put to the test.

I distinctly recall the day I covered the arraignment of an alleged felon in Circuit Court. The man was a burly, rough-appearing person who would scare the dickens out of anyone who met him in a dark alley. He pleaded innocent to the charge, posted bond, and then followed me as I returned to my office to write the court news. He followed me into my office where he threatened to do me bodily harm if I dared to write anything a news account about his court appearance.

What to do? What went on in court that morning was public record and I felt duty bound to write the story. I stood my ground even though I truly expected to get a black eye out of the encounter.

I got to my feet so we were looking at one another eye-to-eye. Then I told him that it would not be possible for me to keep his story out of the day’s court news. I explained that I was only doing my job, that I felt no animosity toward him, and that if he was found innocent of the charge, I would report that as well. I told him I would probably lose my job if I withheld his story and I was more afraid of my boss than I was of him.

What I said seemed to make sense to the man. He mumbled something, then walked out of the door. I never saw him again.

On yet another occasion, this time on another bureau job in South Haven, Michigan, I was working in competition with a local daily newspaper. I heard about a new factory coming to town and I was trying to get the story. I learned that I had to go through the local bank president to get my story since the name of the plant that was setting up was being kept under wraps. He told me I would have to wait until the deal was made. He promised to issue a news release when the time was right.

The next day I saw the story in the local newspaper. The bank president had purposefully double crossed me. I was so angry I called him on the phone. In the course of our brief conversation I called him a “son-of-a-bitch” and hung up.

A few minutes later I received a call from my editor. You can imagine the tongue-lashing I received. I remember that he agreed that he knew why I was angry at what was done, but, he said, “under no circumstances do you call a man a son-of-a-bitch.”

He was quite right. It was one of the few times in all my years in bureau work that I lost my temper and told someone what I thought of him.

I was lucky that day because I worked for a great editor who understood the value of his staff. He could have fired me but he didn’t. I remained on that job for six more years and we had a great working relationship.

You can bet that I never called  out anyone like that again while on the job. I worked under a few editors that deserved that rebuke and came in contact with a lot of dim-wits along the way, but I kept my mouth shut.

With these thoughts in mind, it was of interest when I read that the National Labor Relations Board recently ruled that workers are not required to maintain “a positive work environment” at all times.

To do this, the board decided, would be a stifling of worker's right to free speech. In its ruling the board noted that dissent and criticism are an essential point for workers that want to address workplace issues.
​
Indeed, all workers need to be allowed to vent when job pressures build. And in today's working environment, with too few good jobs available and an army of potential workers competing for them, the pressures are surely there.