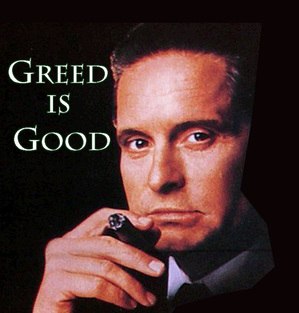 Another major issue looming for mankind, especially in the industrialized parts of the world, is the loss of jobs to new robotic technologies. As machines are designed to replace people on the assembly line and many other vocations calling for repetitive duties, we can expect to see more and more unemployment.

As jobs become more technical, and corporate profits are more and more important to investors, the problem of inequality among the wealthy and the poverty stricken will intensify.

Hawking recently addressed this threat saying that he perceives this problem as a far more dangerous threat to human civilization than robot armies, alien invasions or quantum particles. The basic issue here, Hawking said, is dealing with capitalist greed.

“If machines produce everything we need, the outcome will depend on how things are distributed.” Hawking said, “Everyone can enjoy a life of luxurious leisure if the machine-produced wealth is shared, or most people can end up miserably poor if the machine-owners successfully lobby against wealth redistribution. So far, the trend seems to be toward the second option, with technology driving ever-increasing inequality.”

Indeed, the problem of wealth inequality has been building to levels not seen since the dark ages. A recent report issued by the Credit Suisse notes that the richest one percent of the people in the world now owns nearly half of all global wealth.

This problem is causing a collapse in the world of business. Poverty stricken people without jobs stop buying things. And when people no longer buy products, the companies that manufacture these things begin closing down. Eventually we will find ourselves caught in a “Catch-22” situation where something has to give or everything is about to come crashing down around us.

Noted columnist and author Noam Chomsky had some interesting thoughts about this looming crisis in a recent interview. He said some key elements of this building issue can be found in the ultra conservative ideas projected in the current presidential campaign: “That kind of libertarianism, in my view, in the current world, is just a call for some of the worst kinds of tyranny, namely unaccountable private tyranny.

“Anarchism is quite different from that. It calls for an elimination to tyranny, all kinds of tyranny. Including the kind of tyranny that’s internal to private power concentrations. So why should we prefer it? Well I think because freedom is better than subordination. It’s better to be free than to be a slave. It’s better to be able to make your own decisions than to have someone else make decisions and force you to observe them.”

Chomsky said that he feels the best way to deal with this problem in our current society “is through use of the state, to the extent that it is democratically controlled. I mean in the long run, anarchists would like to see the state eliminated. But it exists, alongside of private power, and the state is, at least to a certain extent, under public influence and control – could be much more so. And it provides devices to constrain the much more dangerous forces of private power.”

Chomsky quoted Russian revolutionary anarchist Mikhail Bakunin, who lived in the Nineteenth Century, as saying he believed it possible for future societies to be built within the framework of existing ones. “And that’s being done,” Chomsky said. “So for example, worker-and-community-controlled enterprises are germs of a future society within the present one.” And this very thing is being successfully done where workers are buying into the companies they work for.

The biggest threat to successfully moving into this kind of economic shift is the harm that can be caused by the “concentration of private power through the use of state system, as long as the current system exists.”

In other words, it is due time to get corporate lobbyists kicked out of the halls of state and federal government, get responsible journalists back on the job of being watchdogs of everything going on in our government, and start electing honest and responsible people to properly represent their constituents.

Supreme Court judges, who recently caused extreme harm to the concept of a Republic form of government, should be given term limits and elected to their jobs just like everybody else.