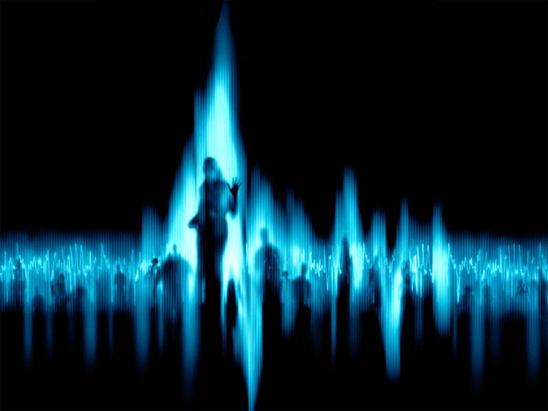 Those Voices In Electronic Machines

Everyone has answered a ringing telephone at one time or another and have a dead silence awaiting them when they put the headpiece against the ear. Some say that if you listen long enough, and have good enough hearing, you might hear faint voices, almost whispers on the line. Are they voices of the dead?

It is said that people hear voices in fans, or coming from the radio static of a blank television screen, or even the dull hum of an electric motor. There are people who believe these are voices from the other side . . . from dead relatives desperately attempting to make contact . . . to send us an important message.

They call it Electronic Voice Phenomenon, or EVP.

While I have listened intently to humming fans and other devices, the best I can get is the faint sounds of many muted voices as if coming from a crowded room in a far distant place. My late wife, on the other hand, couldn't run a fan without the voices burrowing their way into her head..

She said she believesd they may have been voices of real living people talking or perhaps just thinking thoughts. She picked up on them with such clarity she sometimes could repeat what was being said.

She said it wasn’t always like that. When she first began hearing the voices they came to her as they do to me, in muted muffled monotone. For her, they have been slowly getting louder over the months and years. She complains that now, if she chooses to run a fan or air conditioner in the bedroom on a warm summer night, it is difficult for her to sleep because of all the talking going on.

Others have told us that they also hear the voices in the motors and fans. Nobody talks about it much, probably out of a fear that we might be construed as a little whacky. But the voices appear to be there. I believe we may be telepathically tuning in on people’s thoughts, or perhaps picking up on voices and events occurring in the future?

There is a dark thought that perhaps this is a frantic effort by a lot of dying people to send a message back to anyone who will listen. Is electronic white noise a vehicle for this kind of message transfer?

Of course we are not alone in noticing this phenomenon. There are organizations of people involved in the study and discussion of the hearing of EVPs. Books have been written about this subject. The general consensus is that we are hearing communications from the grave.

Science tell us that once the body dies, the brain shuts down and there is no way for this person to communicate. While we are alive, however, all of our thoughts, our actions, the things we say and write go into the collective unconsciousness of the great human information library. As long as the Earth lives, the soul of Lucifer lives, and this library remains active.

Thus we may be tapping into the voices of the things people said and thought while still alive. There may be no new communication with the dead. Or is there?