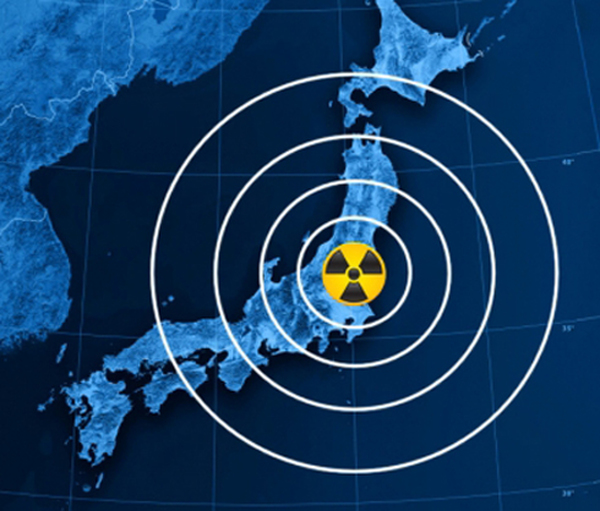 The Fukushima Horror Rages On

It has been four years since a magnitude 9.0 earthquake and subsequent tsunami wrecked three in a row of six operating nuclear power plants at Fukushima, Japan, sending radiated debris, water and airborne toxins around the Northern Hemisphere of the world.

The pumps supplying the heavy volume of water needed to cool the reactor cores were flooded and within days, all three plants exploded. They are all too hot for humans to enter. Even special robots built to enter the plants with cameras have gone into melt-down. Consequently nobody knows what is still going on inside those wrecked plants, or how to stop whatever is still going on in them.

The radiation levels in Japan, in the Pacific Ocean, and in the air over the United States have been largely downplayed by the government and the media even though it is killing the fish, affecting newborn animals and children, and obviously in our food supply. The long range effects are still unknown.

Dr. Helen Caldicott, co-founder of Physicians for Social Responsibility and author of the book Crisis Without End, warns that the Fukushima Nuclear horror is not over and may only be in the early stages of the disaster it is creating for not only Japan, but the world.
Dr. Caldicott said in a speech in Seattle in September 2014: “Every day four hundred tons of highly radioactive water pours into the Pacific and heads toward the U.S. Because the radiation accumulates in fish, we get that too. The U.S. government is not testing the water, not testing the fish and not testing the ambient air. Also people in Japan are eating radiation every day.”

Robert Hunziker, in an article recently published by Counter Punch, said Fukushima may go down as the biggest government cover-up of the Twenty-First Century. “Fukushima will never be solved because men die and robots get fried. By the sounds of it, Fukushima is a perpetual radiation meltdown scenario that literally sets on the edge of a bottomless pit, in waiting to be nudged over.”

Hunziker wrote that “Fukushima is literally a time bomb in quiescence. Another powerful quake and all hell could break loose. Also, it is not even close to being under control. Rather, it is totally out of control.”

Hunziker, Caldicott and other writers have suggested scenarios of the total evacuation of Tokyo and other northern Japan cities, and even radiation levels so toxic that it affects all life in the Northern Hemisphere of the world for years.

Dr. Caldicott said the power of the hydrogen explosions at the three plants obviously left the plant container vessels cracked and broken because hot radioactive “lava” is getting into the earth and ground water below the plants.

A few months ago the satirical publication Onion carried a news story stating that radioactive material has burned its way through the bottom of the plants and is boring through the center of the earth. The story suggested that it may soon cause a massive nuclear explosion somewhere at or near the Falkland Islands. Some people took the story seriously. If Dr. Caldicott is correct, the public concern may be justified.

Nobody knows just what is going on under those crippled nuclear plants. They have yet to determine a way just to get inside to see what is going on and stay alive long enough to make a report.

John Roos, former US Ambassador to Japan, recently compared Fukushima to a “huge black hole smack dab in the heart of civilization. Fukushima is a veritable destruction machine that consumes everything in its path, and beyond, and its path is likely to grow. For certain, it is not going away.”