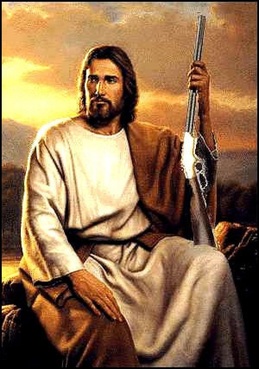 This issue of same sex marriage has so rattled the southern Bible thumpers that a bunch of Senate Republicans in West Virginia introduced a proposed bill that would have given folks the right to violate any law if they could prove that the action was based on religious conviction.
​
It was introduced as Senate Bill 11, the Freedom of Conscience Protection Act, and designed primarily to give state businesses the right to deny services to same sex couples and trans-gender people.

The state Republican senators that drafted the bill worried that the legislation would be struck down by the courts for discrimination so they broadened the language. Consequently the bill would have made it possible to commit any crime without worrying about prosecution as long as proof of religious conviction was the reason for the act.

As one writer explained: “it would essentially be a ‘Get Out of Jail Free’ card for all bigots, racists, misogynists, religious zealots across the State of West Virginia.”

Bill 11 received so much media attention that House Republicans did some tinkering, and introduced a “narrowly tailored” House Bill 4012 that would still have supported legalized discrimination in the name of Jesus. By then they were calling it the Religious Freedom Protection Act.

In spite of Republican efforts to camouflage and sneak the legislation through the two houses, Bill 4012 was so toxic it went down in flames 27-7 in the Senate.

And that was that. Same sex couples can expect equal treatment when they shop, use motels and utilize other public services in West Virginia. We suspect they may get a few dirty looks from the back rooms, however.
​
They can pass anti-discrimination laws all over the place, but nobody has ever figured out how to legislate hate and bigotry out of the picture.