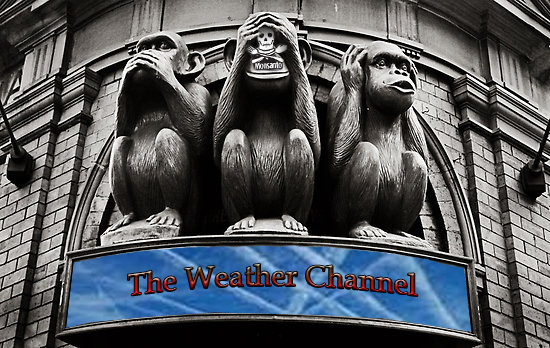 As a retired newspaper reporter I can personally relate to Mr. Sprat’s complaint number 50. He worries that the constant media blitz filled with what he calls "news minutiae" is designed to keep people occupied and looking the other way. Someone wants us ignoring the important things that affects our lives and the corporate pocketbook.

Indeed, the 2016 presidential campaign has been so overplayed for so long that it has to be included in the category of "news minutiae" capturing the attention of millions. Notice how the television talking heads are devoting their focus on one specific issue after another, from specific criminal acts to royal weddings, destructive storms and public shootings. Whatever the issue, the media tends to "milk" every thread of each story until something new comes along to take its place.

We have been asking the same question for years: Where is the real news? What has happened to the great investigative reporting that once made the American and European media so grand? Why doesn’t the Washington Press Corps ask the hard questions like it did during the 1960's and 1970's when America was engrossed in an unpopular war in Vietnam and Richard Nixon was involved in corrupt behavior and the Watergate scandal? It seems that UPS Reporter Helen Thomas, who was forced into retirement because of true but controversial remarks she made about Israel, was the last one of the old gang to go.

Another former press corps reporter, Martin Schram, in a recent column, wrote: "Sadly, the decline and fall of the Washington press corps continues in ways we never imagined could happen. A new form of news deception has gone viral. It has spread from the White House press corps to the campaign trail, Capitol Hill and your favorite news site."

Schram wrote that just about all of the news received from Washington these days comes from "canned" releases, carefully orchestrated and edited by the politicians and their spokes persons. The reporters are simply regurgitating the prepared statements fed to them via e-mail or on printed paper. President Obama reads carefully prepared script from a teleprompter when he appears on television. Very little comes to us spontaneously from the mouths of anybody in public office. When it happens it usually causes controversy.
Consequently we are being told only what Washington and the corporate controlled media wants us to know and little else.

This may be the reason Donald Trump has gained so much popularity. If little else, this man carelessly breaks the mold much to the chagrin of the puppet-masters behind the curtain. People like what he does because they find it refreshing. But not necessarily good political strategy. Much of what he says runs against the grain of social thinking.

Our television screens are choked with such minutiae as hours of football, tennis, and even gulf games, silly reality shows, how to fix things, and wild stunt events like "Ice Road Truckers" or the ever-popular "Cops" that puts television cameras in real police cars and records every move.

The so-called "news" channels are so clever at plugging their broadcast time with non-news stories, overly-dramatized coverage of criminal trials made sensational by the fact that the news is focused on them, and the social events surrounding England’s fictitious royal family or the Academy Awards to Hollywood "stars" most of us have never heard of.

As a former news reporter I know there are real news events occurring everywhere in the world that demand public attention, but are not getting it. These include the pirating of ships on the high seas, the increased number of sinkings of ferries filled with people among the island nations, the impact of dramatic weather events around the world, and perhaps the real stories of events and even wars going on in China, Iran, South Africa, Australia and other corners of the world.

Why are we getting this blitz of news minutiae when some of us know the media could and should be doing a much better job? Could it be that certain people in high places, the ones that control events in Washington and everything the media publishes, have an agenda that they do not want us to find out about?

Failure on the part of the media makes us all vulnerable to disaster. Indeed, Mr. Sprat, your concern number 50 is something we all need to worry about.