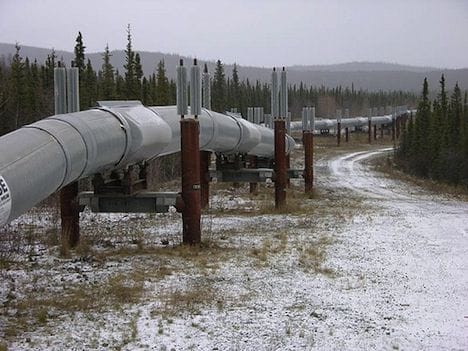 The Fight against Carbon Fuels Is Not Over

The temporary backdown at Standing Rock after weeks of mass public demonstrations was not really a victory for the environmental activists. While the construction of that controversial pipeline under Lake Oahe and the Missouri River was stopped by the U.S. Army Corps of Engineers pending an ongoing “environmental assessment,” newly elected President Donald Trump says he will reverse the decision so Energy Transfer Partners can proceed with the $3.7 billion project designed to move raw crude across four states from North Dakota and Canadian shale deposits.

Not only is the Standing Rock issue still unresolved, but writer Alexandra Rosenmann notes in a recent report for AlterNet that beyond North Dakota, activists in 10 other states are also fighting to block similar pipeline construction projects.

1. Ohio - Construction of a 255-mile Nexus Gas Transmission project, a partnership between Houston-based Spectra Energy and Detroit’s DTE Energy, is expected to begin by early 2017.

2. Iowa - The Dakota Access Pipeline project faced resistance in Iowa long before it reached Standing Rock. In July 2015, landowners in its path urged the Iowa Utilities Board to reject permits needed for the project to proceed.

4. Louisiana - The company behind the Dakota Access Pipeline is currently planning a 162-mile pipeline that would cut through the Atchafalaya Basin and 11 Louisiana parishes. Resistance to the Bayou Bridge Pipeline has already spread worldwide.

5. Florida - The Sierra Club, Chattahoochee Riverkeeper and Flint Riverkeepers filed a motion in late October to expedite review of the Southeast Market Pipelines Project, which includes the $3.2 billion Sabal Trail gas pipeline. Protests have continued for the past month.

6. Alabama - On November 15, outside the Army Corps of Engineers building, Huntsville protesters gathered in solidarity with the thousands at Standing Rock. The Sabal Trail pipeline is set to cross three states and cover 500-plus miles (86 in Alabama, 162 in Georgia, 268 in Florida).

7. Arkansas - Diamond Pipeline is a planned 440-mile oil pipeline by Plains All American Pipeline and Valero Energy Corp across 14 counties and five rivers in Arkansas. The project is set to begin by the end of 2016.

9. Pennsylvania - Sunoco Logistics pushed back the timeline for its Mariner East 2 natural gas liquids pipeline on November 12. The $2.5 billion project has not yet received the necessary approvals, even months after charging Huntingdon County residents objected to the pipeline being built on their property.

So why is there so much resistance to oil and gas pipeline construction across the American landscape? It’s because there are already a lot of pipelines in place, and they seem to all be springing leaks.

A new report posted on Mapstory by Nitin Gadia noted that over the past 30 years “there have been over 8,700 liquid pipeline spills, averaging nearly one every day. One, in fact, happened recently only 150 miles from Standing Rock.”

At that spill, Gadia wrote that over 4,200 barrels of oil spilled into a river. The total of 176 million gallons of crude that have spilled during the past 30 years was enough to nearly equal the Deepwater Horizon oil spill of 2010, when 4.9 million barrels of crude flooded out into the Gulf of Mexico.

These spills usually always involve hazardous liquids that are almost impossible to clean up. They cause ecological damage, destroying farms and polluting rivers and groundwater, sometimes forever.

The big question here is why there is so much effort to generate crude oil from the shale rock formations found on the American Continent. Because of the extreme threat of global warming caused by the burning of carbon fuels and a buildup of carbon dioxide gas in the atmosphere, there is a world-wide effort to curb the burning of coal, oil and natural gas.

New and less costly sources of green energy are now coming available. The days of industrial, commercial, and automotive dependence on carbon fuels are fast coming to an end.