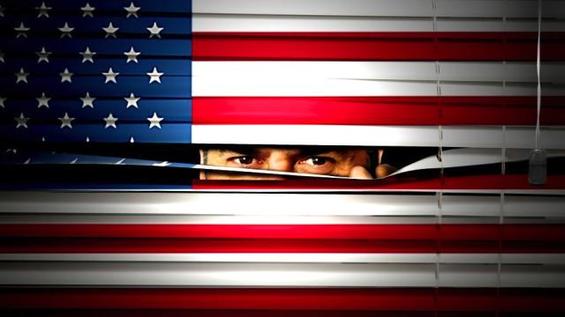 Listening And Watching Our Every Move

After the 9-11 attacks the Bush Administration took ultra-radical steps to keep both eyes and ears on world communications. What has been mostly upsetting is that the electronic listening and bugging devices have been aimed at Americans at home as well as folks overseas. And as we all know . . . or should know by now . . . our government is in violation of our Constitutional freedoms.

We would highly recommend watching the two-hour Frontline documentary United States of Secrets. It is currently available on Netflix and probably most of the other video services. The documentary confirms what most of us suspected all along; that the decision to tap into our telephone, fax and Internet communications was made by Presidential order, much to the concern of White House aides and the legal eagles who certainly knew better.

There were attempts at whistle-blowing that were blocked in the offices of some of the major newspaper offices, including the New York Times. A lot of high ranking officials lost their jobs or resigned over this issue because they couldn’t get Bush and his henchman Dick Cheney under control. Even the Justice Department was in on the homeland bugging, although there was a lot of debate going on in those offices as well.

As the volume of information rolled in, and the number of complex computers began to stack up in Washington buildings, there was a need for computer savvy staff to man all of that equipment. And that is how young Edward Snowden got involved. He was a typical computer nerd, he was good at his job, and consequently got high government clearance to get his hands on a lot of top-secret documents.

They were “top-secret” only because Bush and Cheney said they were. The material Snowden was reading was so shockingly in violation of the law that he recognized the problem even without special knowledge of law. And he strongly came to believe that the so-called PRISM surveillance program had nothing to do with national security. Thus Snowden made his life-changing decision to become a whistle blower. He carefully picked news personnel he could trust, and after collecting volumes of government information, flew to Hawaii where he fed this information to select news people at the Guardian and the Washington Post.

Then, knowing there was a price on his head, Snowdon fled to China and went into hiding.

Thanks to Snowden’s work, and his willingness to literally give his life for his country, Americans are now well informed about the way the government has been tuning in on every word, every photograph, and every document we have transmitted via our computers, our telephones and fax machines since 9-11.

We thought what we read in the hated Patriot Act was bad enough. But the government was going far beyond the limits set by that piece of legislation. There was a secret executive order from the president’s office that sent the sleuths right to our front doors.

We thought President Barack Obama would rectify this issue once he was elected, but he chose not to touch it. Consequently, Obama has been as guilty as the Bush/Cheney team. And that is why Snowden is still being sought by U.S. agents.

Apparently the paranoia that prevailed in the Bush White House didn’t just stop with the ground surveillance program. There was another part of the top-secret plan to spy on America that we are only now beginning to hear about.

A story by Walter Hudson, an advocate of individual rights that appeared in News.com, tells how high-tech photo equipment developed “as a tool in the War on Terror” is mounted in aircraft that constantly fly high over our heads.

The images delivered from those planes watch every move every man, woman, child and animal makes at every place, every day. Every second the plane overhead takes a photo that delivers graphic detail of everything within a 64-square kilometer radius. The images are beamed down to a control center where they create something like a real-time Google map.

The images are quietly being used by police to help solve crimes. The pictures are so clear that individual faces can be clearly identified. In some cases, Hudson writes, crimes have been solved in a matter of minutes.

It is now impossible for anyone to “disappear” from the world and go live on a deserted island. Records of our every move are recorded and on file, going back possibly for years.

Welcome to the new world. The only place you still might have some privacy is in your own home. And new high-tech listening devices are now available to police and government agents. These devices can listen through walls and pick up every word we say.

The tiny cameras mounted on our computers that allow us to visually communicate with one another, also can be . . . and many believe . . . are being used by government agents to watch everything going on in the room by government agents, even when our computers are turned off. It is technically possible, and some say they exist, to mount such cameras in late model television sets as well. Some homes have television sets mounted in several different rooms of the house. They exist in every hotel and motel room and in hospital rooms.

Our only question is . . . why would they want to do this? Most of us live such mundane and uninteresting lives that tuning in on us would be about the most boring job in the world. This may be why there is such a rush to create robots that think and make intelligent decisions. It won't be long before the machines are bugging our every move and looking for any misstep we make.