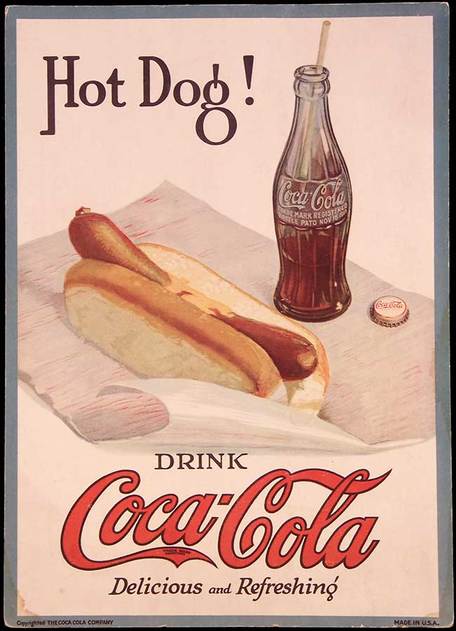 We are bombarded with advertising flashed in our face wherever we look and wherever we go, to the point that we hardly notice the messages. What most people don't know is that the advertising world is very subversive. It uses subliminal symbols and words that communicate directly with the subconscious mind to hook us on a product or idea.

It amounts to a secret mental poisoning of human thought and emotion. The constant bombardment of these messages has a profound effect on a lot of people that see or hear them. One writer described it as a psychic dictatorship that involves a conscious subversive manipulation and public purveyance of words, images, numbers, colors, rhythms and symbols that are directed into the limbic areas of the human brain.

Much of the symbolism is directly linked to occultism. It is used not only to advertise products but is used by police, the banks, and the media. Many of the symbols are ancient and linked with life forces that we may react to subconsciously because they had meaning to us in former lives. Thus they have a powerful psychic influence on our thoughts and actions when we see them.

Sex is frequently used in these secret symbols. We all remember the Camel cigarette ads with the head of the camel clearly looking like male genitalia.

Coke is an ancient Egyptian word referring to the male genitalia. The slang word "cock" is a derivative of it. Some advertisements for this drink show a woman holding the bottle over her groin, thus suggesting a phallus. A former Coka-Cola jingle promoted the drink as "the real thing."

Another common symbol is the dollar sign. This is an ancient image of a serpent pierced by two rods. It is a sigil of the Egyptian goddess Isis. We recognize it as the symbol of money, which is the subconscious god of the masses.

Another common symbol is the checkerboard. It often appears in advertising. It is the pattern used on the floor of any free-masonic lodge and in the Mormon Temple in Salt Lake City. It has deep occult meanings. But it also symbolizes fraternity and brotherhood. Often you see this checkerboard pattern on the hats of police officers, especially in England.

These are just a few of the maze of subconscious images that appear in corporate logos, on political and public buildings, in advertising images and jingles, and on our computer screens.

All of this is a carefully crafted package of messages designed to lull our minds into a state of suggestibility using the same techniques used by practitioners of voodoo, socery and telepathy. The modern techniques are given names like Tele-hypnosis, Metacontrast, Hemisync, Synaesthenia and Embedding.

The purpose of all of this secret subconscious and subliminal symbolism isn't just to cause us to buy specific products. As Michael Ovitz, former president of Walt Disney Company once said: "It's not about money . . . It's about power and influence."
​
Indeed it is a powerful form of mind control that is steering all humanity down pathways established by the masters who are pulling the strings.