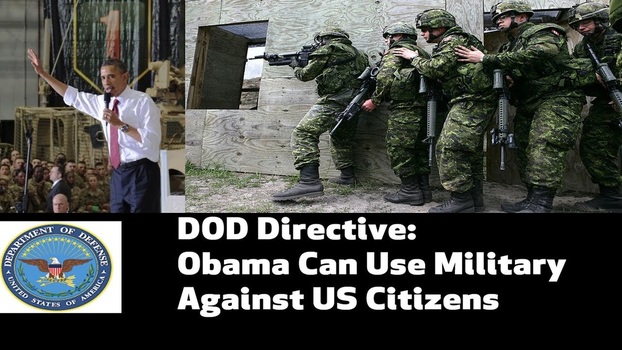 The Sprat Issue 44 – Troops Deployed On US Soil

Jack Sprat lists his concern about 6,000 troops from the Army's Third Infantry that were deployed on United States soil to assist local police departments in anti-terrorism issues. We suspect that the number has grown to something like 20,000 uniformed troops.

A 2008 report in the Washington Post said the Pentagon had plans to have 20,000 uniformed troops inside the United States by 2011 and "trained to help state and local officials respond to a nuclear terrorist attack or other domestic catastrophe."

Another story that appeared in the New York Times stated that President Obama's counter-terrorism policy suggested that the military objective was to attack, kill or arrest "militants" suspected of terrorist activities.

The policy, which was in effect dealing with alleged civilian deaths as the result of drone attacks against alleged terrorist strongholds in Pakistan and other Middle Eastern countries known to be harboring al-Qaeda operatives, counted "all military-age males in a strike zone as combatants."

The story warned that "this may sound like something far away which won't directly affect Americans. But the military now considers the U. S. homeland to be a battlefield."

Thus we now have a troublesome situation in which we have armed military troops with "boots on the ground" within the borders of the United States, trained and ready to strike against any person or group suspected of planning or carrying out a terrorist attack.

The Post story said "The long-planned shift in the Defense Department's role in homeland security was backed with funding and troop commitments after years of prodding by Congress and outside experts." In fact, it all began under the Bush Administration following the 9-11 attacks and the creation of the Department of Homeland Security.

Critics of this new policy argue that the new homeland emphasis not only strains the military but appears to violate the Posse Comitatus Act, a 130-year-old federal law that prohibits the military's role in domestic law enforcement.

In other words, Congress determined over a hundred years ago that we will not ever turn our troops on American citizens. This rule has been among the halmarks of the American concept of freedom and liberty and made the United States a beacon for other world nations.

That we appear to be slipping into a potential formula for facism on the homeland is, indeed, an issue of deep concern for all Americans