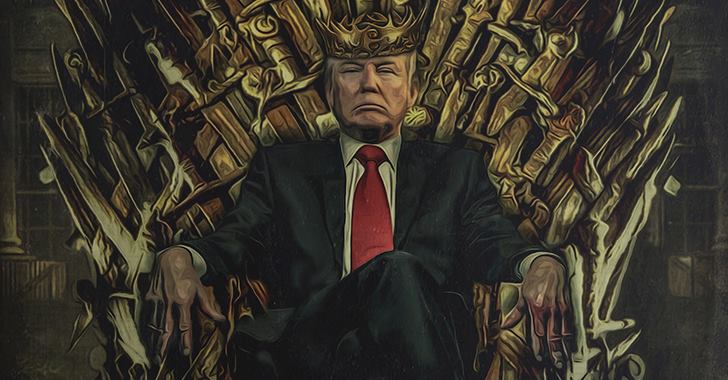 Throughout the campaign and especially during the inauguration event the media portrayed Donald Trump as a clown and buffoon. It was easy to do because Mr. Trump remained in constant conflict with himself and the world around him.

Now that he is in power, however, it appears that Trump is in the process of getting even. He has appointed Sean Spicer, apparently a puppet press secretary who regurgitates whatever comes from Trump’s mouth. If he follows the route established in the conflicting stories about the number of people showing up for the inauguration, Spicer will be presenting the Trump interpretations of events in Washington as the gospel truth because the “president said so."

In fact the buzz-words of the day around Washington are "alternative facts" which account for the incorrect information coming from the newsroom.

As an example of how the president's power can be used to manipulate the media, First Lady Menalia Trump is now threatening to sue the U.K’s Daily Mail — and any other publication that follows the paper’s lead — for an article that looked into whether she worked as a high-paid escort during her modeling days.

To make things worse, Mr. Trump is in the process of moving the Press Corps out of the White House and possibly shutting himself off from daily contact with the media.

And a report by Reuter's News late Tuesday by Washington and Chicago reporters Valerie Volcovici and P. J. Hoffstutter stated that the "Trump administration has moved to curb the flow of information" from agencies linked to environmental issues.

The Reuters report named the Environmental Protection Agency, the Interior Department, the Department of Agriculture and the Department of Health and Human Services as haven been issued directives limiting how they can "communicate to the public."

"The moves have reinforced concerns that Trump, a climate change denier, could seek to sideline scientific research showing that carbon dioxide emissions from burning fossil fuels contributes to global warming, as well as the career staffers at the agencies that conduct much of this research," the report said.

Still another troublesome story reported by The Guardian states that at least six journalists who were covering events surrounding the Trump inauguration on Friday were among over 200 persons arrested by police on charges of "felony rioting" in rebellion against Trump's election.

The story said no specific charges have been made against these journalists but if convicted, they could each face up to 10 years in prison and fines of up to $25,000 each. Critics of the arrests are saying what has happened is seen as an "affront to the First Amendment."

Most of the protesters at the event were peaceful. There was some damaged property from thrown objects and it was reported that six police officers suffered "minor injuries" during the melee.

The major news outlets in the United States are now owned by giant corporations which have been controlling the news the American people get, and consequently quietly shaping the way most of the people think for months preceding this year's presidential election.

Mr. Trump is doing all of the things world dictators have done in the past. His war against the press is one thing. But his refusal to recognize the impact of the massive world-wide and nation-wide woman's demonstration Saturday in opposition to his threatened political actions suggests that the next thing will be an executive order making public demonstrations against the president a federal crime.

And that is a total violation of our First Amendment rights.
​
As Harvard Professor and columnist Robert Reich wrote on his blog this week: "Donald Trump is such a consummate liar that in coming days and years our democracy will depend more than ever on the independent press – finding the truth, reporting it, and holding Trump accountable for his lies."