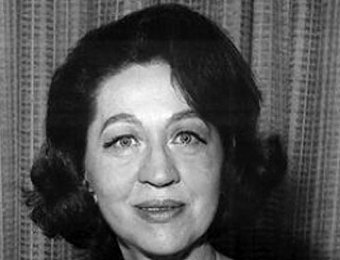 An Internet entry a few years ago by a person identified only as Brother V sparked some research into the strange visions of the late psychic Jeane Dixon.

Dixon, many will remember, was said to have gained fame because of her accurate prediction of the death of President J. F. Kennedy. But this woman saw numerous other things that came true. Some of the events she predicted may still be of great interest to the contemporary world.

The writer wrote that he believed Dixon also was the mysterious "Madam X" that made occasional predictions during calls to live radio shows, mostly disk jockeys with open telephone lines in the 1960's.

I recall one warm summer afternoon when I was painting the home of a friend at South Haven, Michigan. I had a portable radio with me as I worked and was listening to one of the stations in nearby Chicago to get music and news of the day. That was the first and only time that I ever heard Madam X.

It was the year 1960, when Kennedy was among the contenders for the Democratic Party presidency. America was enthralled by Kennedy’s amazing charisma, right from the first, and many predicted that he would win the nomination during the looming party convention. But America had never had a Catholic president prior to Kennedy, and that seemed to be a major bone of contention.

When Madam X called, it was clear that the radio host recognized her voice, and that they had spoken before. "John Kennedy will be our next elected president," she said. "But he will be our last real president. After that, America will have something else."

In the light of the fact that Kennedy became a martyred president, murdered under mysterious circumstances in Dallas, Texas only three years later, I never forgot that prediction. It also led me to follow the conspiracy theorists with great interest, and carry a deep suspicion of every American president that has held office since.
​
Truly, if one studies the path America has followed since that fateful day in Dallas, it has been one primarily favoring big business and organized crime. Some times I have difficulty distinguishing between the two.

As a newspaper reporter I noticed a slow but steady shift in policy as smaller, independent and family-owned news organizations were gobbled up by big national corporations. Today, few if any newspapers, radio and television stations operate outside the cloak of one of these major corporate giants. This has led to controlled news that pitches subtle but constant propaganda into the minds of the masses.

Kennedy succeeded Dwight D. Eisenhower when he took office. It was Eisenhower, a popular general that successfully oversaw the Allied Invasion of Europe during World War II, and who launched American adventures in Vietnam. But our involvement in Vietnam by the time Kennedy took office was only on an advisory capacity, helping the South Vietnamese fight against Communist Viet Cong forces that were attempting to take over the country from the north.

Kennedy appeared to oppose this war, which was still being called a "police action." It is said that he had plans to start scaling down American involvement and bringing troops home. After his death, Lyndon B. Johnson took us on a completely different tack. He escalated our involvement, turning Vietnam into a national disaster.

Our involvement in Vietnam continued until March, 1973, when the South Vietnamese lost the war and U. S. troops were withdrawn in defeat. By the time the conflict ended, 58,202 U.S. servicemen and women were dead. This total includes those missing in action and soldiers that died from injuries sustained in battle. Another 303,704 were injured with an estimated 75,000 soldiers left disabled.

While U.S. generals claim we never lost a battle, in the end, the war was lost. American GI's and even high ranking officers complained that they were unable to win because the entire operation was controlled from Washington. They never were allowed to use the full strength of American forces to flush out the Viet Cong and drive them north into China. Thus the war raged for year after year, with our finest young men coming home in body bags. Few American communities escaped the agony of having to bury a casualty of that war.

At the time, however, big business interests in America thrived. They were geared up to produce all of the war machinery needed to keep this war operating for years. Also the drug trafficking was noticeably on the increase. Our soldiers were an easy prey to drugs that were readily available in Vietnam. That hot jungle was a terrible place to fight a war and many of our troops went into battle under the influence of narcotics.

They brought their love of drugs home with them.

The president following Johnson was Richard M. Nixon. It was Nixon that launched the first salvo of the nation’s war on drugs. It was during his term that Congress went along with him, passing laws banning amphetamine and LSD. Marijuana already was banned.

It was President Ronald Reagan that put the final stamp on the War on Drugs. He openly declared this a national war, and persuaded our legislators to begin pouring money into anti-drug educational programs and giving money to police for special drug task force units to stop the black market sales of narcotics on the streets of America.

Nixon's plan sounded good at the time. But his drug war forced the price of marijuana, LSD, amphetamine, and all of the opiate drugs so high that organized criminals were getting very rich. It was all a farce. The only people being arrested and jailed were the local junkies that were peddling a few joints of marijuana and bags of cocaine on the streets to help feed the price of their habits. The real marketers of the stuff were rarely caught.

Then under Presidents George W. Bush and Barack Obama, the movement appears to be giving similar favors to big business interests. While there always was an undercurrent, it was never as blatant as it has been since the Bush Administration.

It was under the two Presidents Bush that America got involved in wars in the Middle East. We invaded Iraq in 1990 under George H. W. Bush, and returned to unending conflicts in Iraq and Afghanistan, and the Bush "War Against Terrorism." It is in Afghanistan that the poppy flowers that produce most of the world's opiate drugs are grown.
​
In a nutshell, the big picture has been to tax the masses, send their children off to war, and permit gross pollution of the environment and a rape of the world’s natural resources in the interest of huge financial rewards. While Mr. Obama promised to end the Middle East conflicts and bring troops home, he has only succeeded in pulling forces from Iraq and Afghanistan. We are still in there with American forces, and Obama is expanding the conflicts to include Syria and the ISIS terrorist group. ISIS appears to have evolved among the Suni Moslem tribes in retaliation to the American involvement in the territory. Our involvement there is quickly growing to become a world threat.

Novelist George Orwell mapped this contemporary scenario with amazing accuracy in his book 1984.

Recent Supreme Court decisions that altered national election rules, and the stunning defeat of Democrats in 2014 mid-term elections made it clear that our nation is being run by a few very wealthy gangsters who own Washington, lock-stock-and-barrel.
​
Thus Madam X, alias Jeane Dixon, was quite right when she said Kennedy would be our last real elected president. After Kennedy, we have, indeed, had something else.