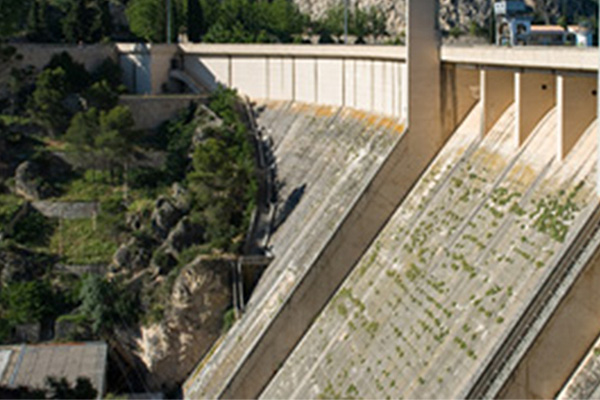 When completed some 30 years ago the Mosul Dam on the Tigris River in northern Iraq was an engineering marvel. It towers 370 feet and is two miles wide. It holds back a reservoir of about three trillion gallons of water. Its three electric generating plants supply 100 percent of the power to over a million people living in and around the City of Mosul just 31 miles downstream.

While the Mosul Dam is an enormous appearing example of former Iraqi engineering, it is not as safe as it appears. The engineers who designed and built the dam apparently failed to study the bedrock on which it stands. Either that or they didn't bother getting a geological report before proceeding with the project. Blame that on either incompetence or the politics of the day but it happened. And today the dam is in serious danger of failing.

That is because the ground the dam rests on is mostly gypsum, a form of rock salt that has become a soluble foundation filled with cracks and sinkholes forming around the dam. Iraqi authorities have been busy filling the holes and patching the cracks for years. They say the dam is beyond repair and are recommending construction of a new dam just downstream, on more secure footing.

But there is a big problem.

Mosul and the area around the dam has been seized by forces for the Islamic State (ISIS) and it has become too dangerous for workers to attempt further maintenance on the dam.
As the battle for the territory rages, worry grows daily that the dam will fail. If that happens an estimated 2 million people living below the dam would be hit by a 20-foot wall of water. It is estimated that at least a half a million people could die and entire cities, including Mosul and even Bagdad could be flooded.

The situation is so critical experts warn that the dam could fail at any time. Others have examined the dam and suggest that the structure may last a few years, or not fail at all.
If the dam collapses and sends a cataclysmic wall of water roaring down the Tigris River basin, the first town to be hit would be Wana, a community of an estimated 10,000 people. Then the cities of Malla Ulya, Badush, Mosul, Khidir, Qaiyara, Azwya City, Baiji, Tikrit, Samarra, Balad, Dujail and parts of Baghdad would be flooded.

Not only would these cities flood, and millions of people be left homeless, but the three hydroelectric power plants would be knocked out. The debris from the dead bodies, pesticides and other toxins after years of warfare would threaten Iraq water supplies and irrigation.

It would be a disaster worse than the years of war imposed on the land. And if the war against ISIS is not resolved soon, the Mosul Dam is almost another sure disaster just waiting to happen.
​
The people of Iraq did not deserve what George W. Bush and his cronies imposed upon them.