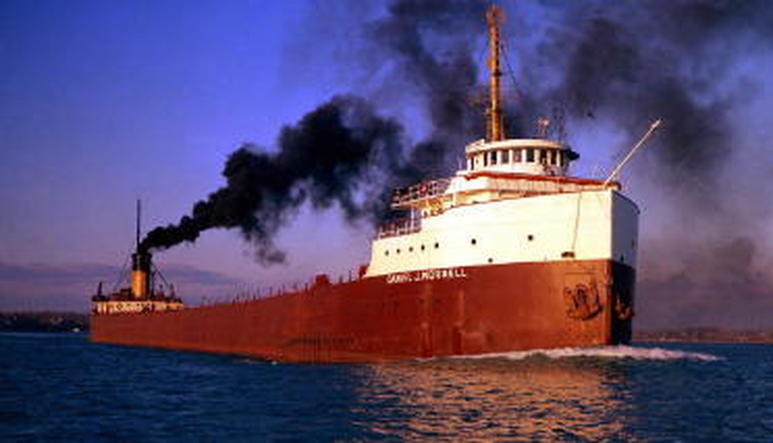 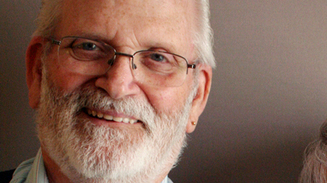 During my years of reporting for various Michigan newspapers, one of the most memorable stories I came upon was that of Dennis Hale, an Ohio man who was the sole survivor of a shipwreck in Lake Huron.

Hale's experience occurred on Nov. 29, 1966. When I met him 25 years later, he was still reeling from its effect on him. You see Dennis Hale defied all the rules. He survived even though he spent 38 hours on an open raft, in the midst of a winter snow storm, wearing nothing more than his underwear and a life jacket.

Three other men on the raft died within hours of hypothermia, and they were fully dressed. Doctors could not explain how Hale managed to live so long in that environment. Other than some frostbite in one of his feet, he was in remarkably good physical condition and was released from a hospital in Harbor Beach, Michigan within a few days.

The mental damage, however, was something that took Hale years to repair. He has recently come to terms with himself and even written a book about his experience.

He not only survived the ordeal but had a strange supernatural experience during his time on the raft, which left him so unnerved that for a long time his life was turned into a shambles. By the time I met him in 1991, Hale had been in and out of several marriages, tried nearly religious order known to man, worked at several jobs, and after years of counseling, was only then able to talk about the wreck and his personal recollection of it.

Hale was a big strapping young man when he worked as a deck hand and wheelman aboard the ore carrier Daniel J. Morrell. The Morrell was a 603-foot-long ship, built in 1906, just six years before the ill-fated Titanic was launched. This is significant because both ships were made of the same type of brittle steel that caused them to sink. In the
Morrell's case, it just took longer for the disaster to happen. The boat literally cracked in two from the stress of a winter gale.

It was going to be the last trip of the season and crew members were anxious to get home for Christmas and the winter layover. The Morrell was on its way up the lake, traveling empty, to pick up a load of iron ore at Duluth.

It was night, and Hale was in his bunk in the forecastle, in the bow of the ship, when the rolling vessel suddenly broke apart amidships. He said he was awakened by a noise that sounded like the anchor dropping against the hull. When the lights went out and the ship's alarm bell went off, he knew something was seriously wrong.

Because he couldn't see to find his clothes, Hale said he bounded up the ladder to the main deck in only the underclothes he wore when he went to bed. There he saw the aft portion of the boat breaking away from the bow section where he stood. Since the ship's generators were in the engine room, at the rear of the vessel, all of the lights were out where he was. Yet the aft part of the ship was still under power and the lights were on.

Hale said he watched in horror as the aft section of the ship kept ramming the bow portion before it broke away and went charging off into the storm, its propellers still spinning as the two halves filled with water and sank.

The tragedy was that the ship's radio system was located in the bow, near the pilot house. When the power went out, the radio failed, so it was impossible to send a distress call. Since geographic information technology wasn't developed yet, the fate of the Morrell was not known until the boat failed to arrive the following day at its next port of call.

When he dropped into the cold water of Lake Huron, Hale said the chill was a severe shock. He thought he could not tolerate the cold for very long. He swam to a nearby raft, which had floated off the deck, and joined three other shipmates who reached the raft before him.

The other men were dead by the next morning. Hale expected to die. In fact, he said he was suffering so much from the cold, he wanted to die. After hours of lying on the open raft with his dead companions, he said he once found himself cursing God for not letting him die. Yet, at the same time, he was doing everything he could to stay alive.

Hale said he kept moving his hands and feet to keep the blood flowing to his extremities. He played mind games to maintain his sanity. He held his urine because he wanted to retain its heat. He tried to stay awake because he heard that he would die if he allowed himself to drift off.

Here is where the story gets strange. Hale said he started picking some ice that formed on his life jacket and putting it in his mouth. Suddenly there was a white haired and bearded gentleman with a long flowing white robe in the boat with him. The man told Hale not to eat the ice because it would lower his body temperature and he would die.

The old man visited Hale twice, each time giving him advice on how to survive. Hale said he didn't know who the visitor was, but he remembered "he had the kindest eyes I've ever seen."

After this, Hale fell asleep. Either that or he went into a coma. He said he thought he might have died because he left his body. It was the classic story of going down a long dark tunnel and into the light.

There, he said he met his mother, who died when he was a child, and some other dead relatives. He also met his shipmates from the Morrell. Hale said it was a beautiful place and he was glad to be there and away from the horror of the open raft. Then, with a sad look in his eyes, one of his shipmates told him he couldn't stay because it wasn't his time.

Hale woke up back on the raft.

It was about an hour later that a Coast Guard helicopter rescued him.

Hale said he knows that forces were with him in the raft that prevented him from dying. What has haunted him has been the question, why. He feels he was saved because he is destined to do something very special, but to this day, he is still trying to find out what it is.

There is an old saying that to find God you must first know thyself. Dennis Hale's experience has sent him down this very road.