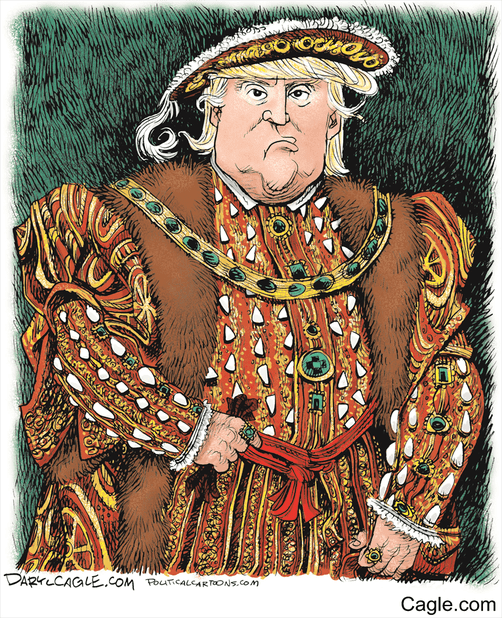 Looming Year of More Trump Ahead

I don’t know a lot about Donald Trump. He was such an uninteresting character that I failed to give him much attention even after he announced his candidacy for the presidency. I reasoned with the academics that he was such a clown and so disconnected with the political world that voters would never give him the job.
Needless to say, we were all shocked and surprised.

This peculiar appearing man with the massive sweep of bright blonde hair and his blazingly insulting attitude strangely appealed to the religious and conservative block of voters in the United States that wanted change and thought Donald Trump might provide it. Unfortunately, the change he is promising and already delivering is not exactly what anyone, even his supporters, really expected.

The man’s refusal to live in the White House but rather attempt to run the country from atop his ivory tower in a nearby Trump-owned hotel; his decision to make his daughter the First Lady of the country instead of his wife; his refusal to attend important political and military briefings by the Washington staff of men and women who really know what is going on in the world, and his insistence on making international decisions by “Tweets” before even being sworn into office are all frightening indications that Washington politics is in for a dynamic shake-up; and not necessarily in a good way.

Trump has dared to rebuff and rebuke decisions by the still seated president, has upset the world nuclear arms community with his announcement that he wants the United States to build a stronger stockpile of nuclear weaponry, and scared the dickens out of just about every existing federal agency by appointing people with conflicting views to oversee how the nation should be run.

The most worrisome part of this entire Trump disaster has been the man’s financial and political allegiance to the carbon fuel industries, his refusal to accept global warming as a real threat to the planet, and his appointment of people who agree with this point of view and expected to run key agencies like the Environmental Protection Agency in reverse.

Highly skilled at utilizing his business dealings to make and keep his fortunes, Trump appears to be totally unskilled at the complexities of diplomatic relationships utilized between world government leaders. Thus his bullish “off-the-cuff” remarks are not only found to be offensive, but politically dangerous and extremely worrisome to those world leaders as he moves into power.
​
Perhaps because he was skilled at creating sensational statements during his year-long campaign for the top job, and it is rumored that he also rewarded reporters for giving him free “news” space, Trump literally dominated the media throughout 2016. Unfortunately it looks like he will be the frontline news story for the next year to come. Do we dare to think it might be a good year ahead for anyone other than Trump and his big business cronies?