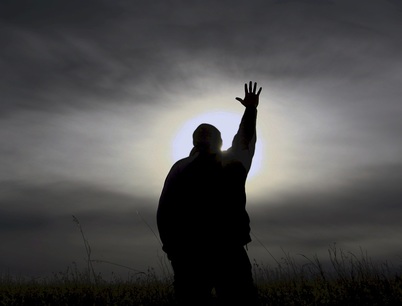 The first three words in the Book of Genesis, “In the beginning . . .” point to two important facts about our world. There appears to have been a point of origin, and time exists in our dark three dimensional universe.

These are things taken for granted by most of us. The significance of both truths . . . if we can accept them as truths . . . is that they set us apart from all other known life forms when examined on a spiritual realm.

People that succeed in leaving their bodies and visiting the astral are aware of another existence of life going on all around us. It is sometimes known as a spirit world, although they are not necessarily spirits that exited human bodies following death.

There is no sound in the astral so communication must be made via telepathic thought. The information received by the entities found there reveals that there seems to be little, if any awareness of time. This is why clairvoyants that communicate with these beings often make accurate predictions of future events. They exist in the future as well as the past at the same time. Because they have no understanding of time the way we perceive it, it is difficult if not impossible for the clairvoyant to determine exactly when a future event will occur.

Thus it seems that time was created just for the human mind so that we can achieve a sense of direction and purpose during the period of existence we each are granted on this planet. For us there is a beginning . . . that is the point at which we were conceived, born, and/or receive a spirit and become aware of our existence. There also is a conclusion, which is the inevitable event we call death. This is the point at which we drop our earthly body and rejoin the spiritual world from which we came.

Early primates watched the sun rise and set, thus marking each period of light as a day. They learned to use the moon cycles and tides to set their daily, monthly and yearly course. They watched the stars to determine the seasons. This was important information for migration and hunting purposes. It became even more important once we began farming.

The first great civilizations began inventing methods of measuring time with more accuracy. The Mayans devised an intricate calendar system in the Americas. The Greeks were credited with inventing the world’s first sun dial. In Alexandria, the world’s first known water clock was known to have been invented. The Romans not only improved upon the water clock, they designed a prelude to the modern 12-month calendar.

After mechanical time pieces were invented in Europe in the Sixteenth Century, and the industrial age came into existence, we humans dramatically altered the way we live. We have foolishly devised a mind-enslaving system of time control. In many places, factory and town whistles still blow in both morning and evening to let workers know when to begin and end their daily tasks. Computers and other electronic devices now demand such precision that they mandate accuracy by the second. All that we do, even our leisure, is dictated by the clock.

Clocks tell us when to show up for our jobs, when to take a lunch break, and when we can return home again. They tell us when our children attend school, or show up for music lessons and soccer games. The clock governs our behavior in subtle ways. For example, we make sure we are home at certain times to watch favorite television shows. Even though I am retired, and rarely look at the clock anymore, while still buying cable television service I never missed watching the evening news. (That was when news was still somewhat believable.)

All of our rushing around, showing up on time for so many events, and constant watching of the clock, has created a personal hell for those of us in the so-called “civilized world.” If we want to put the importance of what we are doing into perspective, we should perhaps visit third world countries, or spend time in war-torn Iraq, where people are struggling for hourly survival. Clocks are not so important there.

Also think of the inevitable completion of our granted time on Earth. Every human awaits an appointment with death. And since the Earth and our solar system apparently had a beginning, this means it also will have an end.
​
Thus our planet, part of a living, breathing and ever-changing universe, has a life span. It, like us, is destined to live out its life cycle and then die. And it is possible that humans, who now infest the planet like a cancer, will kill our planet long before its time.