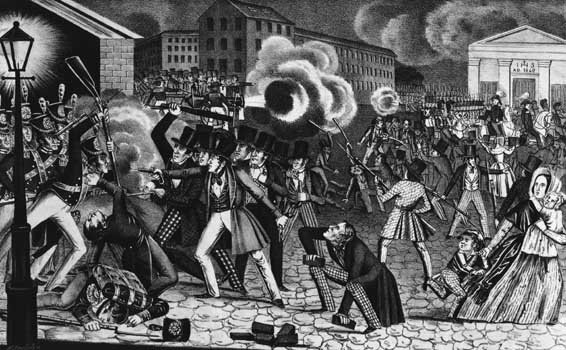 From the historical record, the leaders of the Roman Empire were heavily involved in gnostic religious cultism. There was no separation of “church” and state so Roman emperors considered themselves to also be the high priest of the Mother Goddess Cybele.

It was standard practice for the kings and emperors of nations throughout Europe and the Middle East to be in control of whatever religion was accepted among the people.

The cult of Cybele was an ancient cult that was deeply embedded in the Roman Empire at the time of Christ and for many years afterward.

It was in the year 193 that Gaius Fulvius Victor rose to power in Rome and declared himself the first "Pontifex Maximus" or pontif of the Pauline faith. He established a twisted "anti-Christian" version of the true gnostic teachings of Jesus and established many of the doctrines still used by the Roman Catholic Church today. There apparently were only two successors to Pope Victor I; his son, Zephyrinus and great grandson Callixtus. Both upheld the wicked practices of the Cybele cult which included human sacrifices.

Callixtus is historically recognized as the first Pope to claim the spiritual power to forgive all sins; something that would have enraged the Boethusians as it did Tertullian. He also established a new school in Rome for the training of "priests". In reality, these individuals were nothing more than thugs and illiterate criminals who were then ordained by Callixtus to venture out to kill opponents to his rule.

Callixtus is remembered as the first "Pope" to have the spiritual power to forgive people's sins. He was believed to have been exiled and probably murdered when Emperor Elagabalus was driven from power and put to death in 222.

There was an apparent void at the Roman temple for the next century, although the cult of Paulinism was still actively spreading throughout the Roman Empire.

It was when Emperor Constantine was converted to Paulinism in 326 that he created the name Christianity, established it as the official religion of the empire, and made himself the supreme cleric of the “Mother Church.”

It was Pepin the Short and his sons, Charlemagne and Carloman, that ruled the Franks and who reportedly coined the name Catholicism. According to researcher Frank O’Collins, the Pepins invented a core concept that anointed St. Peter and the successor and Vicar of Christ and who was sent to Rome as the First Bishop. To historically put the story together, the Pepins invented a line of pagan high priests and alleged Popes. Thus Catholic history shows an unbroken line of seated Popes but other than Paul and Linus, O’Collins maintains they never existed.

Thus the Roman Catholic Church was officially founded in the year 742.

The heart of the early church was located in Constantinople and a cathedral was erected there near the imperial palace in the year 360. It was known as Magna Ecclesia, or "Great Church." An earlier church, Hagia Eirene, served as the main cathedral until the Great Church was completed. These were the principal churches of the Byzantine Empire.

The Great Church was destroyed by fire in 404 and a second church was erected. It burned in the year 532. It was replaced by the Hagia Sophia, which first served as a Christian basilica and later an imperial mosque. It remains among the largest and most splendid churches in the world.

The Catholic Church did not remain in Constanople. The seat of the church was believed to have moved to Rome when the basilica was constructed over St. Peter's grave in the Fourth Century. The first "Pope" to sit in power in Rome was believed to have been Presbyter Damasus I.

Pope Damasus is believed to have been the first head of the church to speak of Roma as the "Apostolic See" and he convinced the Imperial Court to recognize Rome as the legitimate court for the entire Western Christian Church.

In spite of a conviction that the church must stand over Peter's grave, the center of the church moved to Avignon, France, and remained there for 67 years during the Fourteenth Century. This was because of a political fight between Philip IV of France and Pope Boniface VIII, and a divided conclave following the death of Boniface. When the conclave elected a Frenchman, Clement V to serve as the next Pope, Clement refused to move to Rome and moved his court to Avignon. Six successive Popes, all Frenchmen, succeeded him and thus the court remained in Avignon until 1376 when Pope Gregory XI moved it back to Rome. That period is known as The Avignon Papacy.

After the church returned to Rome, the famous structures including the Apostolic Palace, Sistine Chapel and St. Peter's Basilica were erected. Vatican City was established as a sovereign nation. It can be compared to Washington, D.C. in the United States. Although located in the heart of Rome, Vatican City is a separate government.

The O'Collins text shares an interesting report on the origins of the engineering behind building of the massive walls of brick, stone and marble that went into the structures that stand today in Vatican City.

This work was accomplished by engineers for the Roman government, who understood that the soft clay soil at that location would not support such weight. In that day they were building a 200-foot-long temple to commemorate the Goddess Cybele and had no thought of a Christian edifice. Still, they did their job well and the underground foundation they created is still doing its job to this day.

O'Collins wrote that the Roman engineers "designed a brilliant series of levels of open chambers or "catacomb" structures as platforms into the soft soil allowing the weight to be redistributed evenly and flattening out the hill to provide greater space . . . The massive foundation catacombs and the Temple complex is recorded to have taken 13 years to build between 204 and 191 BC.
​
And this helps explain why there are so many stories about secret catacombs where sacred documents are stored under the Vatican. They really exist and have been there for over 2,000 years.