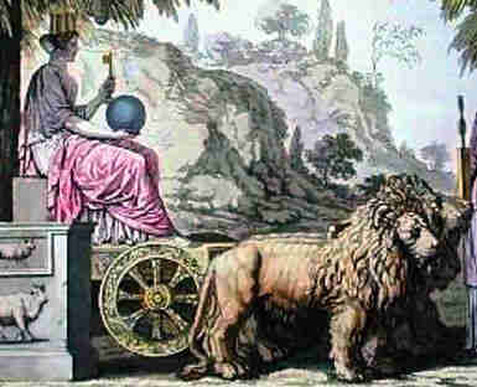 Contemporary Bible scholars might be interested in understanding the “religious” mindset of the Romans back when Jesus was involved in his ministry. A large number of people in the Roman world were bowing to Cybele, a goddess of fertility.

Jesus and his disciples were attempting to redirect the Hebrew people from the harsh traditions of the Torah and the divisions in thought as promoted by the Sadducees (the priests from upper class families) and Pharisees (lay scholars rooted in legal tradition), and a third religious order known as the Samaritans which was a split from the old Judaism.

The conflicts among the Jews were the primary stories passed down to us from the days when Jesus was conducting his ministry. We must consider, however, that a lot of the people confronted by Jesus and who heard his teachings were involved in the official religion of the Roman world, which was the worship of the Magna Mater, or Great Mother Cybele.

Strangely enough, a lot of contemporary spiritualists might think the Romans were on the right track when they chose to worship Cybele. At first glance she appeared to have all of the credentials to represent the Mother Earth, a primary provider for all living things.

As a goddess of fertility, Cybele personified the Earth and its abundance; she was the producer of all plant life and provided for the animal world. She was represented in art as a goddess seated on a throne with lions crouching at her feet. She also was depicted sitting in a chariot drawn by lions. Her symbol was the pine cone. All earth-friendly stuff one might think.

Ironically, even though she was portrayed as the goddess of fertility, her followers distorted the religious rituals to portray the very opposite. The priests of the cult of Cybele practiced masochistic and orgiastic rites that included self-inflicted castrations, hallucinogenic drugs and frenetic dancing to loud music. The cult was so violent that the Roman Government made it illegal for citizens to become cult priests or to join in the frenzied celebrations. They especially outlawed the ritual castration.

That men convicted so deeply in a fertility cult they could be driven to castrate themselves to priesthood is strange enough. Then, lacking the ability to ever have sexual union with women, the Cybele priests cross-dressed, thus posing as women. How a religious system that extreme could be attractive to the citizens of Rome is so questionable, it is to be expected that the cult of Cybele has been lost in the shadows of the distant past.

It should not have been surprising that a dynamic itinerant preacher who spoke of love and compassion for our fellow humans gained a following as he moved among the people caught up in the various strange religious practices in existence at that time.
​
Unfortunately Saul the Samaritan was working just as hard to start another cult following that became known as Paulinism. It evolved to become the contemporary religion we know today as Christianity, thus smoking the real message of Jesus.