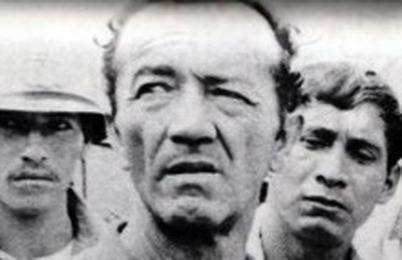 When police in Guayaquil, Eduador began finding the bodies of young murdered girls in a rural wooded area just outside of the city, they thought they were dealing with gang killings. When Daniel Canargo later confessed to the killings of 72 girls authorities were astounded that one man could have killed so many.

Actually, the dead bodies at Guayaquil were only the last of the long trail of dead girls in Ganargo’s wake. He has gone down in the record books as one of the worst serial killers that ever lived.

At the time of the Guayaquil murders, between 1984 and 1986, Carago was living on the streets, selling ballpoint pens and personal items taken from his victims. He lured young lower-class girls to the outskirts of town, either asking for directions or promising them employment. Once he had them alone he raped the girls then killed them, either strangling or stabbing them and sometimes hacking them up with a machete. He just left the bodies where they died, in the woods.

Carago was arrested by two police officers in Quito in February, 1986, just after he had raped and murdered a nine-year-old girl. The police said he was acting suspicious and when searched, they found that he was carrying a bag containing bloody clothes and a copy of the Dostoevsky novel Crime and Punishment.

After he was linked to the killing, Carago confessed to killing 71 girls in Ecuador. Before that he had escaped from a prison on the island of Gorgona, Columbia, where he was serving a 30-year sentence for raping and killing a nine-year-old girl. Authorities believe he was responsible for as many as 80 killings in Columbia before he was captured.
He told police he chose virgins as his victims because “they cried.” He said he hated women for failing what he believed they were supposed to be.

Strangely enough, Carago had lived with a woman named Alcira when he was a young man. They had two children together. Then he ran off with another woman named Esperanza and began his life of crime with her. She lured young girls to an apartment and then drugged them so Camargo could rape them. None of the first rape victims were murdered.

One of his early victims reported the rape, which led to the arrest of both Camargo and Esperanza in 1964. After serving his term in prison, Camargo returned to his life as a criminal rapist, but now he began killing his victims. He said he wanted to make sure they never told the police what he did to them.

It was while locked up in the Ecuador prison that Camargo shared a cell with Pedro Alonso Lopez, the so-called “Monster of the Andes,” who was believed to have raped and killed more than 300 girls in Colombia, Ecuador and Peru.

Camargo was murdered in prison in 1994 by Luis Masache Narvaez, a cousin to one of his victims.