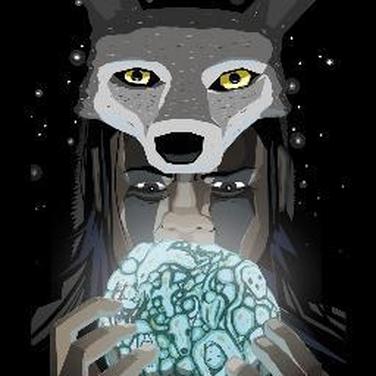 An article by Clyde Klukhohn involving Navajo witchcraft brought to mind our personal experiences with the Navajo during the winter in 1996 when my wife and I lived with a medicine man and his wife near the Four Corners.

Klukhohn notes that the Navajo who practice skinwalking and shape shifting are using a form of black witchcraft that is unique to the Navajo. He said it has no resemblance to the “European variety” of black magic practiced among the witches.

He wrote that “there are no warning signs for the presence of a witch at work if they are in human form.” Such signs, he suggests, would include a blue flame or spoiled milk.

In the case of the Navajo man and woman who took us in, it did not take us long to learn that we were living with a witch. This woman belonged to a coven of practicing witches that could not resist letting us know of their presence and playing games with us. Our poor dog, an innocent little creature nearing the end of his days, became the subject of numerous “tricks.” Also we often found objects with painted images on them hidden in our room or somewhere inside our locked car.

The painted images appeared to be sigils of some demonic force that we assumed was supposed to frighten us, or perhaps even bring us some form of grief. We learned how to deal with these spells and curses and render them harmless or sometimes send them back to their senders. Since nothing visible appeared to happened we were never sure.

Even though we were usually the object of the trickery practiced by the Navajo family and their friends, we never felt as if we were in personal danger. It was as if they were testing us or possibly playing games on a spirit level. Thus it was a strange relationship and a great learning experience.

One day we observed what we believe was a shapeshifter. It was a windy afternoon and the sands of the high desert were turning the sky yellow and partly obscuring the sunlight. We were at the house alone. The dogs in the yard began barking and carrying on. My wife looked out and announced that there was a wolf in the yard.

We both ran outside to look at the creature, only to find that it and the dogs had disappeared behind an old Hogan that was once used as the family home before the government built the conventional house we occupied. When we looked, we saw the large paw prints of the wolf, but there was something strange as well. The paw prints turned into human foot prints . . . small like the feet of a petite woman . . . before they disappeared at the wall of the Hogan.

It was as if the wolf my wife had seen turned into a human after it was out of our sight. Then, miraculously, this person walked through a wall of a locked building. Since we did not have a key, there was no way to enter the old Hogan to learn anything more.
We believe we were visited by one of the witches in the coven that day.

As we stood there, finding it hard to believe what we were looking at, my wife suddenly came to her senses. “Quick,” she said, “run into the house and get the camera. Nobody will ever believe this if we don’t get a picture.”

I returned to the house and had to search for a while to find our camera and make sure it had film. By the time I returned to the site, the blowing sand had covered the track. There was nothing left to photograph.

Author Klukhohn wrote that the word for skin-walker in Navajo is “yee nadlooshii,” which means walk/travel like an animal. Yet the name shapeshifter signifies exactly what is accomplished. He wrote that the witch who performs this art is a “wer-animal” who owns an animal skin that is used to transform into this animal.

Indeed, the vision my wife had was from a distance of several hundred feet, through a dirty kitchen window and in the midst of a sandstorm. She clearly identified the animal as a large dog, or wolf, which was an extinct species in Arizona at the time. Wolves have since been restocked in the White Mountains by the U.S. Forestry Service, but they were not believed to have been present anywhere in the state when this event happened.

From the paw prints I saw, it was a very large animal compared to the dogs in our yard, thus it was almost unnatural even for the size of a wolf.

Klukhohn wrote that “any real animal can see through the skin-walker’s disguise but even a human can recognize the unnatural creature. For some unexplained reason even a well seasoned skin-walker cannot obtain the perfect animal gait or leave the proportionally correct sized animal tracks.”

My wife and I are living testimony to the uncanny ability of the Navajo to accomplish this amazing feat. They did it right before our eyes. It was only one of many wonders observed during the magical time we lived in Arizona.