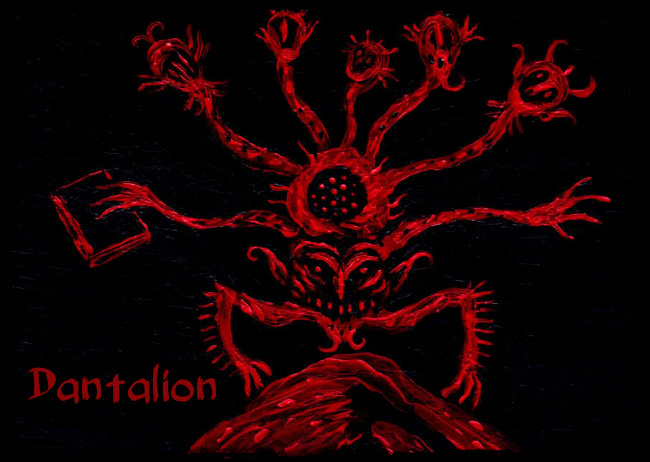 The Spirit in George Ferguson's Head

It was no accident that George Ferguson came into my life during the strange spring of 1995.

I was lecturing on Great Lakes shipwrecks at a small private museum in Michigan, and his wife was among the people in the audience. At the time I was becoming fully aware of a spiritual world surrounding us and I suspect that something I said caused her to do what she did. Whatever the reason, she approached me after the lecture and asked me to come to her home and meet her husband. She said he was struggling to write a book and needed a lot of help.

At first I wasn't interested, would-be authors are struggling over this same problem almost everywhere I go. But there was something very different about the Ferguson case. She said George was an uneducated man who was directed by some strange spiritual force to write this particular book. She said I had to meet him to understand what she was talking about. How could I resist exploring a mystery like that?

You couldn't find a more common or more likeable man that George Ferguson. Saddled with only a primary school education, George was a heavy duty mechanic who traveled around repairing big construction equipment. A pure blooded Scotsman, he liked to show his family coat of arms and attend Scottish rites in the area, dressed in the family colors. He had his own kilt and Scottish dress, which he enjoyed modeling it whenever he had a willing subject. George was an unlikely candidate for the odd spiritual thing that happened to him and the heavy burden it placed on his shoulders.

George's job usually sent him into crisis situations. When the big machines he repaired broke down, he often drove for hours to get to the site, and sometimes spent days tearing them down and making repairs. He worked on highway construction equipment and other machines that were needed on the job. Consequently, when he was called upon to fix something, he stayed at the task until it was completed. He said he sometimes got so tired he reached points when he felt virtually disconnected with his body. It was during one of those moments that the entity first came into his head.

Ferguson described it as a voice. The first few times it happened, he said he dismissed it as hallucinations. But the voices returned again and again. After a while George said he started taking them seriously, and listening to what they had to say. He began to realize that there was more than one voice.

The entities connecting with George told him he was selected to write a very important book for the future. They said that the world was going to change soon, and that the information in his book was going to be very important. It was described to George as instructions for the people of the future when they started a new age.

George bought an old used computer with a printer, and began recording the information as it came to him. But it was complicated stuff. Mostly numbers, formulas and complex information that he could not understand. As the data accumulated, George began to worry. Finally one night, he told the entity that he needed help. He said he was a simple man, incapable of writing a book, and didn't have the ability to even understand the information he was being asked to put in it.

What happened next was quite amazing. The entity agreed to give George the mental capability to do his job. Suddenly, he said heads began coming out of the void and entering his own head. They flew into him with such speed and power it knocked him to the floor. George said he literally had hundreds of heads enter his. When it was over, he said he had an amazing new awareness of everything, not only in this world, but about the entire universe.

So here I was, sitting in George Ferguson's living room and talking to this man about complex formulas allegedly given him by spiritual forces. He said he had mathematical formulas for all of the world's substances, including at least two new substances which were not yet discovered. He knew about the stars and planets in the universe. We stood together in the yard, looking up into the starry sky, while George talked about the cluster of stars from which the human race came millions of years ago. He talked about the formation of our own solar system, about collisions of stars that caused things to be like they were. George also produced complex number combinations, all carefully printed in rows within boxes, that he said represented the language of the angels.

George asked me to help him write his book. At first I agreed. After getting a first printing of some of the information he collected, however, I realized that I, too, was involved in something that was over my head. In fact, I thought I was going to have to have a few hundred heads come into mine before I could have the ability to make any sense out of all of that information.

I kept the piles of printed information on my desk for several weeks. Then, when events developed and I realized that I was going to be leaving Michigan, I actually felt relieved. I had a way of escape from the peculiar burden George had passed on to me. I, too, felt totally inadequate to transpose all of this information into something any publisher would accept for printing. At last, I brought the papers back to George with my apologies. I was leaving the state for Arizona and could not help him after all. It was the last time I saw George Ferguson, but I did not forget him.

I wondered for a long time about the entities that called upon George, and what was so important about those pages and pages of numbers and formulas. Sometime after my encounter with George I was involved in an extensive study of the Spirits of the Goetia. I recognized one of them as George Ferguson’s entity.

I believe it was Dantalion, a spirit known to have many heads that speak through one mouth. While considered a helpful spirit, the old masters who evoked this entity warned that there is danger in calling on Dantalion. There is a price for receiving help from him. He can reward you with great knowledge, but then asks of you to do its bidding and the task may be too much for you to handle.