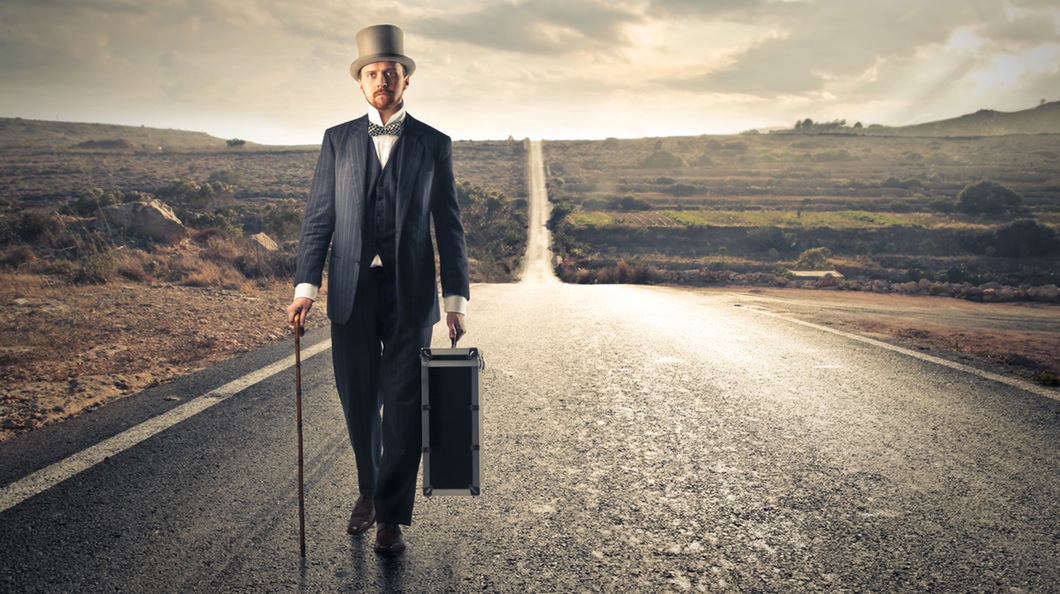 Because of the many archaeological anomalies we have written about on this site there has evolved a sense that either the human race has existed on this planet and risen to great levels of achievement in the ancient past, or time travel may be occurring.

Could it be that a band of travelers has been moving backward and perhaps even forward through time. And we have done it not once, but numerous times? And rather than traveling through time for scientific research or military, monetary or political manipulation as one might suppose, could we have done it to escape our own self-destruction?

This might explain how we left our own footprints in the rocks. There are the odd things like steel nails, cut pieces of jewelry, a spark plug found by miners so deep in the Earth these items had to have been left there at a time long forgotten by contemporary civilizations. We even have found evidence in the sand that we exploded atomic bombs at some early time.

Follow me as I attempt to explain this strange web of complex thinking, not only through time but perhaps even through dimensions of reality.

Our story should probably begin at a time before the great flood. The best surviving records of that period are found in the Epic of Gilgamesh and the Book of Genesis. Both suggest alien visitation and some kind of DNA manipulation of the humanoid primates that existed on Earth.

Genesis, Chapter Six, reveals that the “sons of God saw the daughters of man that they were fair; and they took them wives of all whom they chose.” The story continues: “There were giants in the earth in those days. When the sons of God came in unto the daughters of men, and they bore children to them, the same became mighty men who were of old, men of renown. And God saw that the wickedness of man was great in the earth, and that every imagination of the thoughts of his heart was only evil continually.”

Remember that this story came from the old Hebrew Old Testamant and carries a slant of condemnation of the human race by a vengeful external god. It is a continuation of the story of the corrupted seed and that all men are born into sin. Thus it was the Hebrew God that decided to send a flood and destroy all living things on the planet.

But along came Noah, who was given instructions for carrying a remnant out of harm’s way. A study of contemporary biology has shown that a single family of brothers and sisters probably could not successfully carry on the recovery of a lost human race. It would take thousands of survivors to do this successfully. Thus a ship the size of Noah’s ark would not be large enough to house all of these people and the multitude of animals, feed and other things needed to sustain life for years following a world-wide destruction by water.

Was the story a myth without foundation or did Noah acquire a time machine at that critical moment in history? He either discovered, or already knew of a way to summon help from outside sources.

Going forward in time was possible because the Earth had a future in Noah’s day. The so-called giants on the earth were not quite as wicked as today’s environmental criminals. They did not destroy the planet’s ecology.

The next interesting piece of our historic puzzle can be found in the story of Abraham’s decision to leave his home in the ancient Mesopotamian City of Ur and his adventures that led to the destruction of the cities of Sodom and Gomorrah.

The seventh card in the Crowley Tarot deck, the Chariot, depicts four Sphinxes drawing a vehicle on two large wheels. The four beasts appear as a bull, a lion, an eagle and a man. The charioteer is dressed in a heavy protective covering that appears to be iron. He holds in his arms the Holy Grail. From the center of the grail shines radiant blood, symbolizing the presence of Light in Darkness.

All of these symbols offer significant esoteric messages. Among the most important for purposes of this article: The charioteer depicts Abram (later Abraham) leaving Ur. The Holy Grail in his hand is the destructive power over the atoms. In short, it is an atomic bomb. Its light is so intense it is blinding. The radioactive material in his hands is so deadly, Abram is wearing protective armor.

Thus we have understanding when we later read, in Genesis 19, the story of the destruction of Sodom and Gomorrah. The story claims that God sent fire and brimstone down from heaven. But it also tells how Abraham “looked toward Sodom and Gomorrah, and toward all the land of the plain, and beheld, and, lo, the smoke of the country went up as the smoke of a furnace.”

He was describing the detonation of an atomic bomb. The blast destroyed two cities and “all the land of the plain.”

So if Abraham possessed an atomic bomb, where did that knowledge come from? Is it possible that it came from the future?

Consider yet another ancient story. This one, from India, is The Mahabharate, a myth about a great war between the Vrishnis and the Salva. The Salva flew through the sky in chariots that carried them anywhere at will. They emerge from a flying city called the Saubha. The Vrishnis, lead by a hero named Krishna, defend themselves with “swift-striking shafts” that flash through the sky and destroy the invading chariots.

This appears to be a glimpse at contemporary warfare, with guided missiles or perhaps lasers shooting aircraft from the sky. Not only that, but the battle ends when a great explosion destroys three Vrishnis cities and their neighbors, the Andhakas, killing everyone and leaving no building standing. A description of the blast sounds like a nuclear bomb:

“An incandescent column of smoke and fire, as brilliant as ten thousand suns, rose in all its splendor. It was the unknown weapon, the iron thunderbolt, a gigantic messenger of death which reduced to ashes the entire race of the Vrishnis and Andhakas. The corpses were so burnt they were no longer recognizable. Hair and nails fell out. Pottery broke without cause. Foodstuffs were poisoned.”

Is this another account of the Biblical story of the destruction of Sodom and Gomorrah, or yet another atomic war at another time in the distant past? Or to go to the other extreme, perhaps the Mahabharate is a description of a future war, one that has not yet occurred. Could it be that the survivors of that war traveled back in time and told the story as a warning?

Alas, creating a time machine at this late date may be pointless, since our planet is in great peril due to our failure to maintain its ecological balance. As we rush forward toward our own destruction on a dying world, there is no longer any place in the future for us to travel. All we have left to us would be reverse gear into the distant past.

Oh what a paradox this appears to be. Science fiction writers have always been intrigued by the concept of time travel. Anybody that reads stories, or watches movies about time travel, knows that tinkering with the past has the effect of altering the future.

The question, then, is if time travel is possible, why are we still in this pickle? If we already have evidence in the rocks that humans went back in time, armed with the knowledge of what we did wrong, why is it still going wrong? Are we so flawed that we cannot fix our dilemma? Or are we making the trip over and over again until we get it right?

Perhaps we are living a concept of the Christian hell. Or maybe it is the Catholic doctrine of purgatory, where we keep trying until we figure it all out.