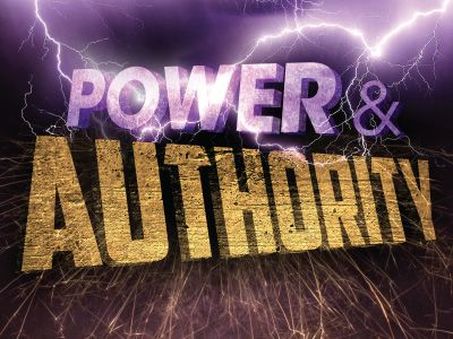 There are various Bible verses that tell us that God is in control of all things, and that followers of Jesus must obey the laws of their government.

Romans 13:1 reads: "Let every soul be subject unto the higher powers. For there is no power but of God; the powers that be are ordained of God."

Thus believers in Christ believe they must blindly accept the fact that winners of recent political elections in the United States were given their authority by God, even though there has been strong evidence that the elections have been rigged by corrupt election workers all the way up the the Supreme Court, which gave big corporations the power to offer unlimited financial support to the candidates of their choosing.

Believers in many other dictatorial styled nations in the world also believe they must accept the "elected" authority of their governments even though they had no other choice but one at the ballot box.

Of course the root of the quest for power is wealth, which God permits. Proverbs 22:7 tells us: "The rich rules over the poor, and the borrower is the slave of the lender." And Ecclesiastes 10:19 says: "Bread is made for laughter, and wine gladdens life, and money answers everything." And in Ezekiel 28:4 we read: "By your wisdom and your understanding you have made wealth for yourself, and have gathered gold and silver into your treasuries."

The Bible doesn’t prohibit us from having money, but it warns us about loving money. "For the love of money is the root of all evil." I Timothy 6:10. And in Matthew 6:24: "No one can serve two masters, for either he will hate the one and love the other, or he will be devoted to the one and despise the other. You cannot serve God and money."

So is this not a contradiction in what is going on in the world? We have world leaders who are given their power by the people who hold all of the wealth. These greedy people love their money so much they buy elections and put people in power who will not only guarantee that they will keep the money they have, but will be able to continue fleecing the poor to build their coffers even more.

So if the love of money is the root of evil, how can corrupt people placed in political power to allow the continued theft of wealth from the people be of God?

How can we say that the people put in power by rich and greedy families and corporations have been ordained by God? If God is really in charge of the affairs of men, why would he allow such corruption in the governments of the world? If this is to be believed, is this not a time of judgment. As He allegedly did during the time of the great flood, has God not condemned the human race to its own destruction by putting fools in power?

Are we not putting too much trust in the words of the scriptures which were penned by scribes of the church thousands of years ago? These men (women were not allowed) were serving the Pope, who was declared God’s appointed representative on Earth. But the historical record proves that these men were as corrupted by money and power as politicians are in today’s world.