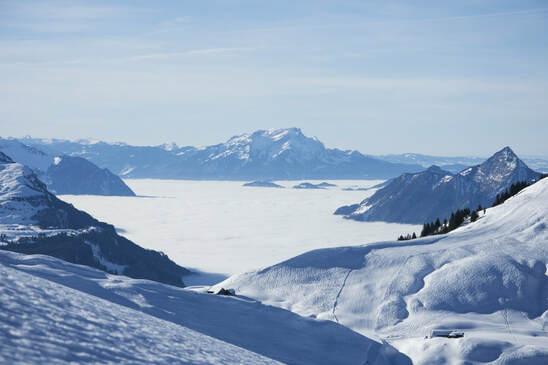 Folks in the Midwest and on the East Coast are wondering why they have been hit with a “polar vortex,” periods of extreme cold, while researchers are blaming it on global warming. A report in Forbes written by Ethan Siegel attempts to explain this  phenomenon.

Siegel wrote: “The exact details of how this works are complex, but the explanation is simple: warmer land temperatures, particularly in North America and northern Eurasia, all more heat to be transported into the Arctic stratosphere. A warmer Earth makes sudden stratospheric warming events more likely and more frequent. And those events destabilize the polar vortex, bring cold air down into the mid-latitudes, and cause the extreme weather we’re experiencing right now.”

So get used to the extremes. “As the Earth continues to warm, extreme weather events like this will become commonplace, with many climatologists predicting an unstable polar vortex bringing storms like this to us multiple times per decade,” Siebel concluded.

Disturbing reports in other creditable journals suggest that a theory of an arctic winter, brought on by global warming, may also be starting to happen.

The Washington Post published a report that swimmers, fishermen and surfers along the Atlantic coast have been complaining that the water is getting unusually frigid.

And New Scientist.com warned that a decade-long storm of galactic dust is entering our Solar System and some scientists worry that it might be thick enough to effect the sun's warming of the Earth. They ask if a storm like this caused the past ice ages and mass extinction.

Dr. Warren Washington, senior scientist at the National Center for Atmospheric Research, Boulder, Colorado, was quoted on the Environmental News Service web site as warning a decade ago that the warming could have abrupt effects in global climate. He warned that the melting of glaciers and increase in fresh water in the North Atlantic "may change the transport of warm water in the Gulf Stream." New reports say this is now happening.

Whitley Strieber and Art Bell predicted this effect in their book The Coming Global Superstorm. In their book, Strieber and Bell said scientific evidence suggests that before the last ice age started, there was a buildup of methane gas in the atmosphere that slowly caused the planet to heat. Once the planet reached a certain temperature, there was a sudden release of the methane from the oceans and land, which caused a dramatic temperature spike. Climate researchers say methane is now seeping up from the ocean floor throughout the Arctic regions.

They say the irony of the heat is that the melting ice caps not only floods the planet, but lowers the salt content of the North Atlantic. This causes an alteration in the speed and direction of the Gulf Stream and other natural ocean currents that keep world climates stable.

Geology professors Howard Spero of U C Davis and David Lea of U C Santa Barbara issued a report in Science, that supports Bell and Strieber's theory.

Their article, titled, The Cause of Carbon Isotope Minimum Events on Glacial Terminations, links global warming to shifts on deep ocean currents.

"An understanding of the relative timing of this event is critical because the greenhouse gases that humans are producing are likely to affect not only the warming of the atmosphere but also the circulation of the oceans," Spero said in a story released by University Of California - Davis. "Changes in atmospheric temperature can have immense effects on the flow of the deep ocean currents, which in turn can affect weather and climate worldwide."

Terrence Joyce, senior scientist at the prestigious Woods Hole Oceanographic Institution in Massachusetts, recently developed a theory that also links this gaseous heating of the planet to the onset of a possible ice age.

His article in the New York Times, titled The Heat Before the Cold, warned: "paradoxically, global warming could actually bring colder temperatures to some highly populated areas like Eastern North America and Western Europe."

Joyce said there has been a gradual buildup of fresh water in the North Atlantic, caused by the melting Arctic ice, which is lowering the salt content of the ocean. This, in turn, threatens to slow or turn the ocean current of warm water that flows from the tropics northward along the East Coast of the United States before turning toward Europe.

Peculiar activity by the Sun, and the influx of the solar dust cloud seems to be timed almost perfectly to assure that an ice age, if it happens, could be severe enough to destroy life without wrecking the planet.

In the past the magnetic field of the Sun acted like a shield, deflecting the electronically charged galactic dust away from our Solar System. But the Sun's cycle of activity has changed. Not only is it burning hotter, but the Sun shifted its magnetic field, going through a complete pole shift  a few years ago.

Now, instead of deflecting the galactic dust, the magnetic field seems to be channeling the dust in our direction.

A NASA research vessel Ulysses, launched in 1990, has been measuring cosmic dust. According to Markus Landgraf and his colleagues at the Max-Planck-Instutute in Heidelberg, three times more galactic dust is now entering the Solar System than 10 years earlier.

Some scientists suggest that the dust will have an effect on the Earth's atmosphere and may indeed be the cause of the next ice age.