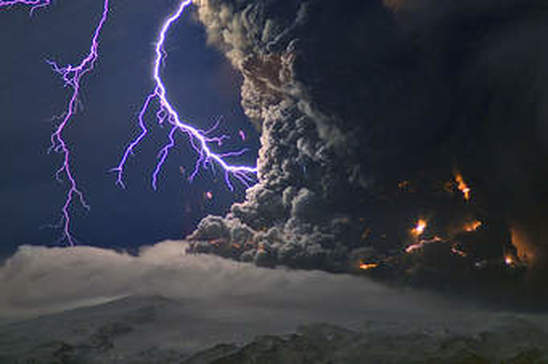 The Earth Is In A Self-Cleansing Mode

The aboriginal people of the world know what the ancients knew . . . the Earth is a sentient being. They have always respected and even worshipped the planet as the Great Mother of all living things.

Indeed, when you examine the molecular make-up of our living bodies and compare it to the rocks and metals of the Earth, there is little difference. Everything is comprised of atoms that are active bits of energy and space. When examining these things through high powered microscopes we find growing evidence that the aboriginals have always been right. In fact, the power appears to reach beyond the Mother Earth to include our Sun, the other planets in our Solar System, and the entire Universe. We are all part of a living entity that is, for all practical purposes, the intelligence of all creation. The god we have always worshipped and prayed to and imagined has been much more than the limited images created by religious cults over the years. It encompasses all things, including ourselves.

Thus the old saying that "we are all one," is quite true. We are all a part of the whole. And the God we have always sought has been in existence within us all the time. When we pray we are talking to ourselves. And we have not allowed ourselves to realize the great power that exists within our minds. We have the power to heal ourselves and to even change the world as it exists around us. If we do it collectively there is almost no limit to what humans can accomplish.

So here we are, living as slaves on what appears to be a dying world, trapped in an eroding environment, forced to labor for the money we need to buy a loaf of bread to feed our children and the roof to shelter us from the elements. How could this have happened? How could we have been persuaded to give up the natural beauty of the world we had in the pursuit of the gaudy world of materialism? How could we have been fooled into forgetting our roots and agreeing to bow down to false religious cults?

The changes occurred slowly and perhaps they seemed right to an illiterate and innocent people at the time. But now the political and religious forces established in the society we have created have turned brutal. We have allowed the power and wealth of the world to fall into the hands of a few unscrupulous characters who have not only turned us into slaves to feed their greed, but are now turning our food into poison, our land into waste, our oceans into cesspools and our skies into layers of chemical smog. They have invented deadly weapons of war and mass destruction capable of turning our once beautiful world into a heated, rocky wasteland incapable of supporting life. We seem to be racing like a runaway freight train to an inevitable disaster and we seem incapable of finding the brakes. Is our future really so bleak?

There is both good and bad news to report. In our conversations with The Abba Father we learned that the Mother Earth is presently engaged in taking drastic steps to stop the insanity and go into what appears to be a program of environmental and ecological repair. This is not good news for humanity. The great storms, extreme weather changes, earthquakes and other events will intensify and leave wide paths of death and destruction in their wake. It is already started. What is happening today will get much worse before it is all over.

The Abba Father said the harsh weather events "will intensify. A big storm is coming to many cities unexpected. This puts many at risk. All over the world is famine and pestilence."

This horror may continue until things get cleaned up. We suspect that once the Mother is ready, there will be an abrupt stop to the storms, floods, droughts, heat and extreme winters. The insect attacks and deadly epidemics will end. The survivors will step out of their bunkers and look around bewildered at what happened to the world they once knew. It may all be gone. But I am guessing that there will be sunshine, normal rains, clear skies, fresh water and green grass again.

The Abba Father said at this time "many put together their lives as best they can, helping one another as expected. Then comes change. This is how the shift comes." This is when the surviving humans enter into a new awareness and spiritual path, united in love and fellowship. We will be slaves no more. This is the great hope for humanity.

The Abba Father said: People will wake up and become different. The way is now set. The world will not tolerate much more so all humans will protest the system. The world leaders will not be able to stop them. All religions will no longer be effective. A new way comes so all will become a part of the new system that is rising up as we speak. It will connect all humans toward a new way. Money will fail. Poverty will be gone. No one can escape their crimes.

We suspect there will be an overlapping of these events. The world protests have begun. The world religious systems are being openly challenged, especially among the youth. The new system the Abba Father spoke of is already falling into place. The monetary system is in free-fall. But there remains a lot of repair to be made.

We have a long way to go if we ever expect to return to Eden. But it looks like we are going to have help from high places.