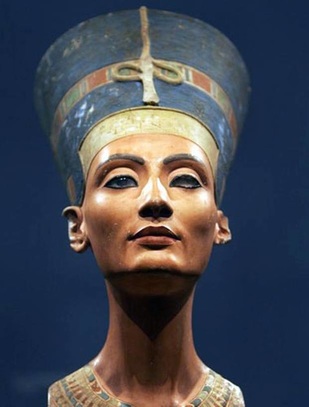 The Golden Age When Women Ruled

The written human history that exists has been proven through archaeology and mere deduction to be so distorted and religiously and politically twisted that we lack a true understanding of our past. This is true about even relatively recent history. And the farther back into the past we search, the more perverted the information becomes.

Fortunately there is a memory, deeply implanted in our DNA, that makes it possible for us to all have a way of separating the lies from fact; truth from fiction. Also our distant ancestors passed down stories . . . now declared to be mythology . . . that give us insight as to the way things once were on this planet.

There is strong evidence, for example, that there was an earlier eon that existed even before the great Mesopotamian Empire when women ruled the earth. It was a long period of peace and tranquility, remembered genetically as Eden in the Christian and Hebrew Old Testament, and the Golden Age among other world cultures.

William Bond, in an article Did Women Once Rule The World, writes about the ancient ruins of Catal Huyuk, a 9,000-year-old city that once existed in Anatolia, Turkey. The ruins were excavated by James Mellaart between 1961 and 1965. What Mellaart discovered proved to conflict with contemporary beliefs about the ancient past and his work was literally swept under the rug in archaeological circles.

The researchers at Catal Huyuk could not find evidence that the people of that city were warriors. The city was not fortified. There were no weapons of war discovered. And examination of bones in the graves turned up no evidence that anybody died in battle. The artwork was so filled with feminine images that Mellaart concluded that the people worshipped the Ancient Great Mother.

Bond wrote that the findings at Catal Huyuk were so unsettling “the site was closed down for 30 years and the academic world ignored the implications.”

The late Lithuanian archaeologist Marija Gimbutas, in her book The Goddesses and Gods of Old Europe, drawing from personal findings in digs in Achilleion, Thessaly, Greece, and other archaeological finds in Northern Yugoslavia, Bulgaria, Romania, Moldavia, the Ukraine, Crete, Cyprus, Thera, Sardinia, Sicliy and Malta, declared that a European society existed between 6,000 and 8,000 years ago that lived in peace and harmony.

Gimbutas wrote that “women ran the temples and in doing so held predominant positions, while men performed such physical chores as hunting, building and navigating. The deities these people worshipped were overwhelmingly female, and their values, emphasizing nonviolence and reverence for nature, came from the female realm. It was marauding Indo-Europeans, the forerunners of Western civilization, who destroyed these societies.”

As early as 1861, Swiss writer J. J. Bachofen wrote the controversial Das Mutterrecht which means “Mother-Right.” Based on his study of mythology Bachofen hypothesized that a peaceful, female-led agrarian culture once prevailed throughout Europe and the Near East until the rise of militarism resulted in a male takeover.

Author Richard Rudgley, in his book Lost Civilisations of the Stone Age, laments that human civilization has existed on this planet for a much longer time than the Christian Bible teaches. He believes that 95 percent of human existence occurred in “pre-historic times.” That is, except for ancient art and ruins of ancient cities, there has been no surviving written record of what happened during that early period of human existence.

But Rudgley supports Gimbutas in noting that all carved and painted images of human beings found in those ancient ruins are “overwhelmingly images of women.

Bond wrote that: “What Gimbutas shows is that most of these images celebrate the whole process of birth from the sex act to breast feeding. It seems in prehistoric times menstruation, the vagina, the sexual act, giving birth and breast feeding was seen as something divine, holy and sacred. This is in contrast to historic times when menstruation became taboo and unclean in many societies. The sex act also became sinful and dirty.

The Christian teachings are that children are born into sin. The implication here is that this is because they are born of women. In today’s society in many parts of the “civilized world” the act of breast feeding is something shameful, especially if done in public.

Since that Golden Era came to a violent end, with conquering tribes taking over these peaceful communities, the world shifted to a male dominated culture. And the results of been war, violence, the rule of kings and a general enslavement of the people. This has continued even to the present day.

Bond wrote that “the new rulers behaved like Mafia bosses in imposing a reign of terror on the people to control them, and started a protection racket that was in effect the first taxation, making the rulers extremely wealthy and forcing poverty onto the people.

“Now the population had to not only work to feed and shelter themselves, but they had to work to feed the new rulers and their armies, as well as build them palaces and fortifications and make arms and luxury goods. This is a clear case where men like Adam had to work by the sweat of their brow while the new rulers encouraged men to disrespect women and turn them into slaves.”

It should be interesting to note that the male dominated culture seems to exist only in the so-called “civilized” societies. Aboriginal tribes throughout the world still maintain the high regard for the women and even worship feminine gods. The Hopi and Navajo tribes in Arizona, for example, perceive Spider Woman as an important deity.

Also interesting to sociologists is that a shift from the male dominated social order has been slowly occurring. It began with the Women’s Suffrage movement and the world wars in the Twentieth Century, that called women into the work places while the men went off to battle. Since the end of World War II, women have remained in competition with men for every kind of skilled job, and they are yet battling for equality in pay.

Women living under extreme Islamic suppression in the Middle Eastern countries are fighting for the right to simply drive cars, appear in public without having their entire bodies covered in cloth and justice in the courts against abuse by men.

The world is in chaos today as crowds of angry protesters take to the streets in rebellion against the men who control the wealth and power. Governments are beginning to topple. There is so much unrest that the leaders are building armies and digging into bunkers to go into hiding. The imbalance is growing. It is obvious to nearly everyone that something significant is about to happen.

There is a theory among the occultists that humanity is moving into a new era. There is a belief that the women ruled the world in peace and harmony during the first known era that lasted about 7,000 years. Then the male era began about 4,000 or 5,000 years before Christ and has continued unchecked until the current day. This means the second era under male dominance has lasted at least 7,000 years. Is it now coming to an end as well?

The question then would be: what is the new era about to bring? Will it be a time of equality and shared leadership? Will the women rise to power once again? Or will it be something totally unexpected?

The English occultist Aleister Crowley, who founded the theology of Thelema based on The Book of the Law, a text he claimed was dictated to him by an angelic or alien entity identified as Aiwass in 1904, wrote of a division of three “aeons” of the human experience.

The third period described by Crowley is the Aeon of Horus, the hawk headed son of Osiris and Isis. Crowley believed that this child god would bring humanity into a time of self-realization and self-actualization. He described this as a time when there will be a growing interest in all things spiritual, when humans will seek their true will and practice unconditional love for one another.

All we can say is that change is clearly in the wind. The people of this war ravaged world would truly welcome a new period of peace and tranquility. We could all use a lot more love and compassion for one another.