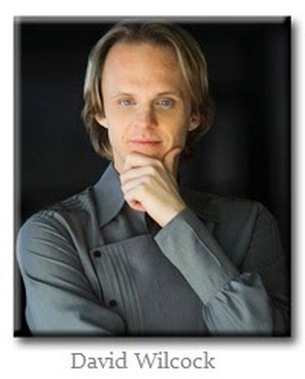 Even though astronomers and NASA space explorers have yet to see it, there has been a consistent belief that a tenth planet, or possibly a black sun exists within our solar system.
The mysterious body has gone by various names ranging from Nibiru and Marduk as found in ancient Sumerian and Babylonian writings, to Zecharia Sitchin’s “Twelfth Planet” and most recently, “Planet X.”

The strange Dogon tribe of Mali, which possesses amazing astronomical knowledge about Sirius, one of the brightest stars in the night sky, speak of this mystery planet. They refer to it as “the egg of the world,” according to author Robert Temple in his book, The Sirius Mystery.

The ancient stories say the mystery planet is very large, it follows a vast 3,600-year elliptical orbit around our sun, and is the domain of the kingdom of Olamin. It’s people are giants in stature, and they visit Earth every time the planet makes a nearby sweep.
Noted contemporary authors, including Sitchin and Richard Hoagland, have appeared on Coast-to-Coast Radio to speak about Planet X. As difficult to believe as the story is, the probability that such a body exists in our solar system is supported by a few astronomical and archaeological mysteries.

Not only have the bones of giants that once stood seven feet tall and higher been found at various ancient archaeological sites, but astronomers have noticed an unexplained “wobble” exists in the natural orbits of at least two of the largest planets in our solar system, Saturn and Jupiter. They have determined that this strange behavior of the planets is being caused by the gravitational pull of a yet undiscovered but massive object orbiting much farther out in space . . . possibly within the Oort Cloud.

The Oort Cloud, named after Dutch astronomer Jan Oort who discovered it in 1950, appears to be a giant swarm of rocks and ice particles circling far out around our solar system.

Now comes noted author and television lecturer David Wilcox who offers a strange theory based upon personal visions and information received from confidential sources within NASA’s space program that seems to tie all of the above information into a single incredible theory.

Wilcox perceives a “renegade species” of giants existing on a planet within our solar system. He said these giants were the Homo Capensis, and the hidden controllers of humanity. When observed in Earth, their heads were shaped like cones, as depicted in many of the Egyptian artworks found in ancient ruins. They were the giants referred to in Genesis and other ancient Sumerian writings.

The Wilcox theory, which reads like a science fiction novel, suggests that the giants arrived in our solar system about 5 million years ago and settled on what was then our tenth planet, Tiamat. The giants also visited other planets and moons in our solar system. Then something terrible happened to Tiamat, possibly an attack from outside our solar system, and Tiamat was blown to bits.

Wilcox suggests the rings of Saturn are shattered remnants of what was Tiamat. The Oort Cloud contains the main parts of Tiamat.

The survivors of Tiamat came to Earth, Mars and erected glass structures on the moon. The giants that arrived on Earth are remembered as the “fallen angels.” They were cruel and cannibalistic in nature, which brought about another strike from outside the solar system.

Wilcox says his sources believe the Sahara Desert is the footprint of a space strike that destroyed the settlement of the giants in North Africa. He said the cone-head pharaohs of Egypt were descendants of the giants that survived the attack in the highlands along the Nile River.

The Wilcox account is admittedly bizarre and difficult to accept at first glance. But it serves to connect a lot of unsolved mysteries including the ancient stories about the giants and Planet X, the Oort Cloud spinning around the outskirts of our solar system, the odd shaped heads of the Egyptian art works as well as some of the skulls found in archaeological digs.

If you think about it, all of the pieces seem to fit. The theory even makes some sense out of stories in the Book of Genesis.