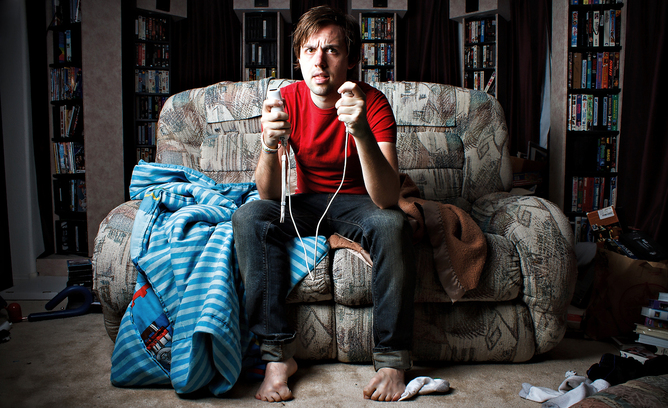 A team of thinkers at Cornell University and the Human Computation Institute has come up with a novel idea for finding solutions to some of the great problems of the world . . . like solving global warming, finding cures to cancer or bringing an end to war. They suggest incorporating the issue in computer games and letting world gamers look for answers.
​
The idea has been described in a paper published in the journal Science.
.
Pietro Michelucci, director of the Human Computation Institute, explained that the process of crowdsourcing analysis of research problems isn’t new. Incorporating real human issues with games even has a name . . . “citizen science.” There are already "games with a purpose" that offload some of the work of analyzing data to humans, who receive the tasks packaged as games.

When the purpose of those games involves forwarding science, it's called citizen science, said Pietro Michelucci, director of the Human Computation Institute. The idea is to delve into the “hive mind” of thousands of players, utilizing what Carl Jung called the collective unconscious to zero in on the genius within.

The research group tested the idea using a smartphone app called “Malaria Spot” and seeking an initiative for researching a mental disorder. They found that every 23 diagnoses from members of the general public were as accurate as the diagnoses from one certified pathologist.

By developing a problem hidden within a game placed on the open web, and played by thousands of gamers, the team calculates that a certain number of players will come up with a working solution.

“We have to figure out how many members of the public it takes to analyze a certain amount of data before that analysis is as accurate as the one from the trained scientist working in the lab,” Michelucci said.

He called that key number of players a “force multiplier.”

The idea of turning to crowd consciousness instead of putting the questions into super computers for potential answers is based on pure logic, Michelucci explained.

"Even if machines can evaluate millions of moves per second, they waste most of their time on moves that won't be successful," Michelucci said. "Whereas human abilities -- like abstraction, complex pattern recognition, imagination and creativity -- those kinds of things make it possible for people to find solutions quickly that machines can't because there are too many possibilities to search through."
​
Score one for the human brain. Now if we can just put our heads together . . .