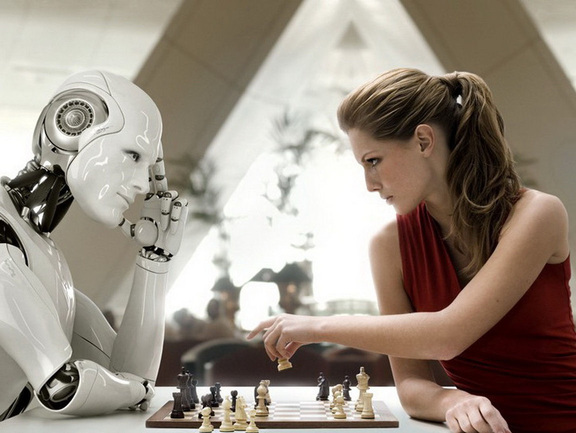 That age-old quest for the fountain of youth has evolved in recent years to thoughts of transferring our minds from aging worn-out bodies into manufactured androids that look and feel like real people.

Researchers in the field of robotics have been achieving amazing success at creating machines that can replace humans doing mundane tasks on manufacturing lines, doing household chores and even performing as sexual partners. They have manufactured android-type robots that talk, have bodies that look and feel like real skin, and even perform certain facial expressions.

But they are not human.

At the same time this has been going on, computer nerds have been busy creating machines that work like the human brain. They have found this to be a very complex task, but they have made fantastic in-roads in this area in recent years as well. The last we heard one team of researchers successfully made a computer that appeared to have the thinking capability of a mouse.

The very fact that such androids and computers have been successfully manufactured has caused some inventors to dream of creating machines that will accept the human mind and soul after it is ready to leave the body. Imagine moving our minds one day into a computer that will fit inside a youthful, virile android and allow us to live indefinitely in the prime of life.

Believe it or not, Humai, a company in Australia, is actually working on finding a way to transfer the consciousness of a human into an artificial body. Spokesman Josh Bocanegra explains on the company website that “We’re using artificial intelligence and nanotechnology to store data of conversational styles, behavioral patterns, thought processes and information about how your body functions from the inside out. This data will be coded into multiple sensor technologies which will be built into an artificial body with the brain of a deceased human. Using cloning technology, we will restore the brain as it matures.”

Bocanegra, who's scientific background is unclear, sounds a optimistic about what he hopes to achieve with Humai. But at this point it is a small operation with only four employees. In fact he sounds more like a science fiction writer than a researcher in the field of human nanotechnology. Yet his ideas, drawn from ongoing research in a broad range of research fields, are very interesting.

One must think that even if Bocanegra doesn’t accomplish his goals at Humai, eventually someone else, somewhere else and at another future time, might just do it.

He wants to create the android and then place the brain of a just-deceased person, using nanotechnology, into it as a child, and then teach it all of the personal interests, talents and personality traits that the dead person had while living. The idea is to allow the child within the robot to grow up into be the same person living a new life in a new and unbreakable body.

This idea, however, opens up all kinds of questions.

How can a person remain alive after having died, even if his brain can be duplicated perfectly inside a machine? Why couldn’t the new brain be prepared before death? But once this is done, can the same person exist in two bodies at the same time?

An even more challenging question; would anyone dare to allow the transfer of their brain and personality into a machine while still alive?

Yet another issue we see is that no one yet has ever built a machine that did not eventually wear out. Thus we create an entirely new field of machine medicine . . . repair labs for broken down androids.

Is it possible for technology to create self-replicating and self-repairing machines like we see in contemporary science fiction films?

Well . . . the idea has been thrown into the collective by sci-fi writers. Since we are the gods of the universe, what is to stop humanity from someday achieving what others have thought up?

Indeed, imagine a world dominated by androids. Will there be any room left for normal humans and human consciousness? Will the robots be capable of writing great symphonies, producing great literature or even coming up with new ideas? If Bocanegra’s plan to nano-produce actual human brains that grow and learn inside the machines, there is no reason for the android world to be any less perfect than the one we now enjoy.
​
If done right, it may be an even better world. Who knows, this may be the dawning of how we move into the new world promised by the prophets.