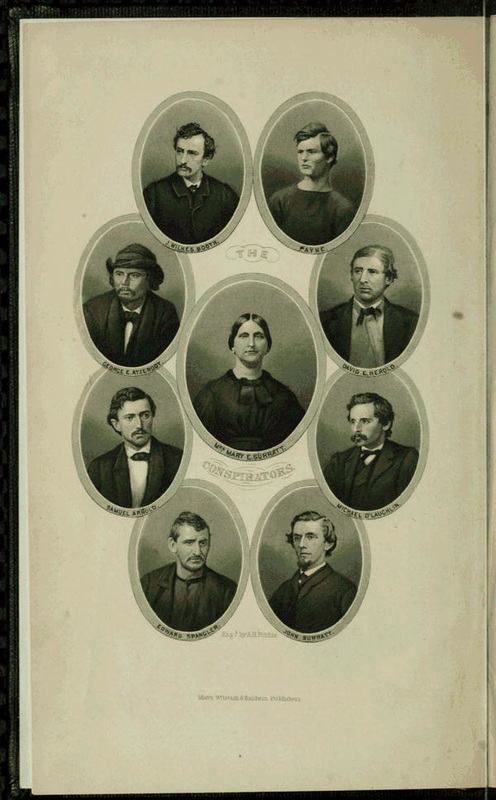 What Really Happened To Abraham Lincoln?

From the February 2004 Idaho Observer:

Ask anyone what they remember about the assassination of President Abraham Lincoln and they will automatically recite the same response: "Abraham Lincoln was assassinated at the Ford Theatre by actor and southern sympathizer John Wilkes Boothe."

This simplistic explanation for the assassination of this nation's sixteenth president is taught to American children in grade school.

Unless we go out on our own to conduct further research into this significant event, the assassination of Abraham Lincoln is never revisited by public instructors. The result is that for nearly 140 years people have lived their entire lives believing the John Wilkes Boothe-lone-nut theory for the assassination of President Lincoln.

Similarly, Americans have been taught to believe that lone nuts are responsible for each and every presidential assassination -- successful or otherwise.

But closer inspection reveals documentation and evidence proving each assassination was the result of complex webs of intrigue between casts of conspirators whose participation, and their social/political/religious associations, cannot be denied -- only omitted.

With regard to the assassination of President Lincoln, Mary Surratt and her son John Surratt (and a few others) stood trial for their roles in the conspiracy.

John Surratt had fled the country and was found a year later to be in Rome and in the employ of the pope under the name John Watson. His escape route through Canada is memorialized in trial transcripts and involves the use of an "underground railroad" whose engineers were members of the Roman Catholic priesthood.

Also included in the historical record, but omitted from public instruction, is the wider scope of the plot. Though they failed for various reasons, Vice-President Andrew Johnson was to be assassinated that night as was Union Army Commander General Ulysses S. Grant.

A man identified as Louis Payne attempted the assassination of Secretary of State William Seward the same night President Lincoln was shot in the head by Boothe. Though severely wounded by Payne's knife, Seward survived.

The post-Lincoln assassination actions of both Secretary of State Seward and President-by-default Johnson indicate their desire to obstruct investigations into the plot to prevent the depths and breadths of this conspiracy from becoming public knowledge.

The same thing goes for the assassination of President Kennedy. The "magic bullet" theory painting Lee Harvey Oswald as the lone-nut communist sympathizer who shot the president from his perch at the Powell Book Depository is still the "official" conclusion for the tragic events of that day.

This simplistic and natural science-defying explanation is not supported by evidence that has surfaced implicating organized crime and the Mossad in an elaborate plot to kill the president and replace him with a more cooperative LBJ before Kennedy and his attorney general brother could amputate several special interest toes.

The point of this brief overview is not to lay blame for the assassination of President Lincoln at the feet of Pope Pius IX (or even Cardinal Antonelli who was called the "Black Pope" and generally regarded as the power behind the papacy at that time); it is also not intended to blame the assassination of JFK on militant Zionists.

The point is to illustrate how our government, at all levels, plants superficial information into the minds of American children then intentionally omits pieces of information throughout their lives so they are able to maintain their childish understanding of defining moments in history until the day they die.

There are so many instances of this public (government) instruction dynamic in both historic and modern times one cannot ignore the pattern. Once the pattern is determined, one sees how institutionalizing ignorance in the masses is part of a trans-generational agenda to prevent the common man from obtaining information that would propel their ascension beyond the need for governments and experts.

It is really not off-topic at this time to compare public understanding of the Lincoln and Kennedy assassinations with its understanding of the Crusades, the voyages of Christopher Columbus, the American Revolution, The Civil War, WWI, the Great Depression, WWII, the Korean War, the Vietnam War, Gulf Wars I and II, the OK City bombing, both World Trade Center bombings, public health, biology and natural sciences, economics, politics and spirituality.

The most embarrassing component of this plot to maintain the common man's subservience through selective ignorance is the common man's insistence that he be allowed to live out his life ignorant of accurate history.

The truth is that the masses create the landscape that inevitably ripens into tyranny by their insistence upon seeing critical aspects of the world through the eyes of a child.