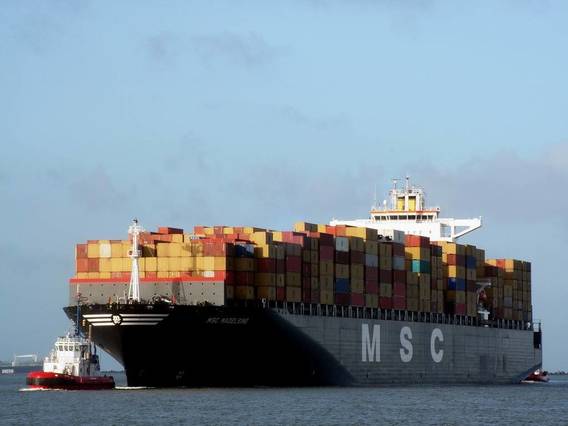 The Greed of Capitalism Falling in on Itself

When people are not earning enough money to pay for their basic needs they stop buying goods and services. This is a basic rule of economics that appears to have been overlooked by the greedy corporations and banksters now controlling the purse strings of world Capitalism.

When economic times start to pinch, as is currently happening, even people with some spare cash get scared and start tucking the money away under mattresses, into jewelry stored in safe deposit boxes and into things like gold and freeze dried food that they think will maintain value even if world markets go into a slide. Self preservation prevails over a need for shiny new stuff.

The corporate media is not talking much about it, but there are signs everywhere that economists are worried.

On-line retailers like Amazon are taking much of the blame because many of the big department stores that have long dominated the shopping malls like J.C. Penny and Sears are closing “low-income” stores, cutting payrolls and laying off workers. But the cash flow problem may have root causes that go much deeper than competition from Internet retailers.

Sears has closed over 200 stores in the past two years. Old familiar stores like Radio Shack stores are closed. Another familiar name like Rite-Aid has gone into merger with another drug store giant chain, Walgreens, in an effort to survive the ongoing financial crunch.

Few people have noticed or even understand the goings on behind the Federal Reserve, a bank-owned control organization that sets interest rates on the money it loans to banks. This in turn affects the interest rates the banks charge for home mortgages, credit cards, auto and other loans provided to private businesses and customers. With the Christmas holiday spending crunch looming business leaders are nervously looking at the reserve’s interest rate which has been on hold now for months. The fear is that the reserve board may choose to raise interest rates just before the holidays, thus putting a harsher crunch on potential business.

We don't think that fear is justified.

While the corporate news has remained silent about it, workers all over the world, including the United States, have been walking off their jobs in protest to low wages, long working hours and higher job demands due to employer refusal to replace workers that retire or quit. That push for a $15-per-hour minimum wage has been spreading among fast food workers as well. One can't drive many miles down any road without noticing workers with picket signs out on the street.

Mail carriers are delivering weekly if not daily invitations by credit card companies attempting to entice more people to accept quick access to “low-interest” cash as the holiday shopping season looms. Banks appear to be offering larger credit limits in a silent effort to spread more money among potential shoppers, who in turn are resisting the urge to spend.

A clear indication of just how serious the crunch has been on business can be found in the number of large container ships now anchored off the U.S. coast this fall. One of the largest shipping companies, Hanjin Shipping of South Korea, has gone into bankruptcy and a recent report says the company currently has over 40 giant container ships “stranded” at sea with nowhere to unload cargo.

The ships from this company alone are laden with an estimated $14 million in goods ranging from electronics to shoes, furniture and even food shipped from factories in Korea, China and other Eastern ports to U.S. store outlets. But unpaid dock workers, truckers and railroads are refusing to unload and carry cargo and company ships are thus banned from even entering ports that were never designed for the influx of these massive ships.

The very existence of these giant cargo ships has been the result of new international trade agreements that opened the door for U.S. industrial firms to move overseas in search of cheap labor.
​
Corporate interests are so worried that they are starting to pay the cost of unloading the ships and moving the freight. If the extra cost of delivery is mixed into the deal, customers that do choose to shop may be paying more for everything they buy this Christmas.