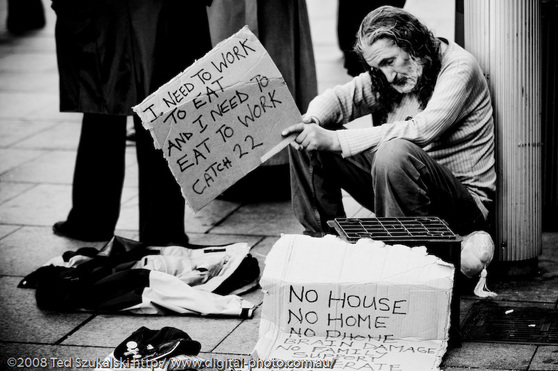 As anyone that has read Joseph Heller’s novel "Catch-22" or has seen the movie based on the book knows, the term Catch-22 refers to the various absurd bureaucratic constraints placed on military personnel that cannot be resolved without breaking the rules.

Another way of describing this type of dilemma is a situation in which someone needs something that can only be acquired by not needing it.

The novel contains numerous examples of Catch-22s. Among the most remembered is that of the pilot who believed he was too crazy to fly dangerous missions over enemy territory. But to be declared insane the pilot needed to be examined by the military psychiatrists. But the very fact that he asked to be declared too insane to fly the missions proved that he was sane. It was agreed among the psychiatric staff that a pilot had to be insane to want to fly such missions. That he asked for a way out of such flights proved he was sane. Thus the pilot was caught in an inescapable web.

The term Catch-22 was defined by Doc Daneeka, an army psychiatrist who understood the paradox. The term for the paradox and the book title was randomly chosen by author Heller and has since become commonly used. That is because the dilemmas described in his book are among the most common paradoxes most people, especially military and government service personnel, are forced to deal with.

Another interesting variation of a Catch-22, depicted in the novel, was that of the service man who is ordered by his immediate superior to do something that is the opposite of what a higher ranking officer ordered him to do. Which order does he respond to? No matter what he does, he is going to be found wrong.

Then there was the case of the prostitute that refused to accept a marriage proposal from one of the soldiers. She explained that he had to be crazy to want to marry a non-virgin and she would never marry a crazy man. By her logic then, all men that refuse to marry her are sane and those that wish to marry her are crazy. Thus she will never be married because she is not a virgin. The woman is clearly caught in a Catch-22 of her own making.
​
While Heller deals with real-life paradoxes that leave a lot of people wringing their hands in frustration, both the book and the film are well worth the time spent reading or watching them. Expect giggles.