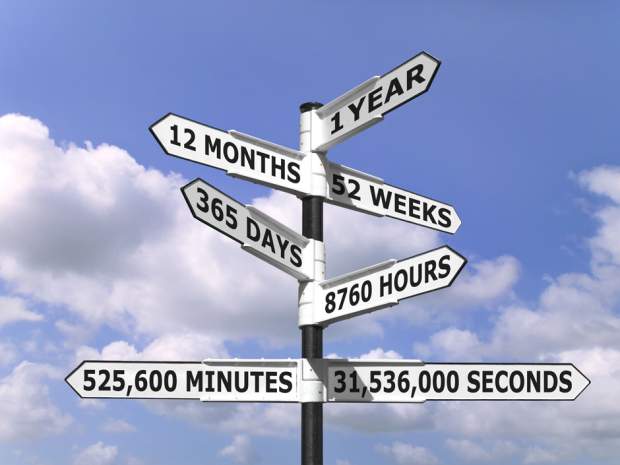 A Better Idea For A New World Calendar

Astrophysicist Richard Conn Henry of the Krieger School of Arts and Scientists and Steve H. Hanke, an applied economist at Whiting School of Engineering, have created a proposed new perennial calendar that they say will give the world some stability in the way we live.

The Hanke-Henry Permanent Calendar would make each new 12-month year identical to the one that came before, and never change. The calendar would make all of the months 30 days in length except March, June, September and December, which would have 31 days.

The movement to trash the 400-year-old Gregorian calendar and adopt an improved and perennial method of measuring the months and seasons is not new. It has been kicked around by the group known as the World Calendar Association since about 1930. But it has only been in recent years, as nations move toward a unified system of doing business, that it has been gaining support.

The Association has proposed a 12-month perennial calendar with equal quarters, with each year starting on a Sunday.

The problem with creating a perfect calendar is that the true year cycle of the Earth is 365.24 days. This is why the Georgian Calendar adds that extra day in February during leap years, to catch up on that extra time every fourth year.

The World Calendar idea would be a simplified version of what we are presently using. It proposes removal of one day so that each year begins on the same day of the week. The idea is that this day can be made up at the end of the year as a special 23-hour waiting period before resuming the calendar again.

It proposes that this blank day be declared a holiday, possibly called Worlds Day. We also add an extra day on leap-years and make this a holiday as well. The holidays are proposed because these two days would not fit in as a regular day of any week.

Hanke and Henry say they believe efforts by the association to introduce the World Calendar have failed because they involve breaking that seven-day cycle of the week. And that has not been acceptable to religious groups because it violates the Old Testament Fourth Commandment about keeping a Sabbath Day. The Hanke-Henry Calendar would not break the seven-day cycle. They drop leap years and add an extra week at the end of December every five or six years to bring the calendar in sync with seasonal changes.

They promote their calendar as more convenient, sensible and easier to use than the current Gregorian calendar. For example birthdays and holidays would fall on the same day of the week every year. Also by establishing a fixed number of days to the month, the task of calculating interest payments on mortgages and loans would be simplified.

Their proposed calendar has a predictable 91-day quarterly period of two months of 30 days and a third month of 31 days, thus eliminating the need for artificial day count conventions in business transactions.

The adoption of a universal perennial calendar also would eliminate the need for redesigning and printing new calendars every year. The same calendar could be used over and over again.

In addition to the promotion of the new calendar, Hanke and Henry also are suggesting the elimination of world time zones. Instead they propose the adoption of a Universal Time to synchronize dates and times around the world. This would streamline international business.

Writing in a January 2012 Global Asia story, Hanke and Henry conclude: “One time throughout the world, one date throughout the world. Business meetings, sports schedules and school calendars would be identical every year. Today’s cacophony of time zones, daylight savings time and calendar fluctuations, year after year, would be over.”

The old Georgian Calendar, build on a modified version of the 2,000-year-old Julian Calendar, is based on early methods of time keeping and agricultural activities and fails to keep up with modern high-tech times. Proponents of the new World Calendar believe it needs to be replaced with a more efficient and easier to live with method of setting dates and keeping time.

The idea of changing the calendar has generated natural opposition. Most people resist change and changing old habits about the way we conduct our lives is a major move. Even though we like the idea, we also understand the resistance to change. After all we have been living with that old Georgian calendar many generations and have gotten used to it.

There are a few problems, especially for people who have birthdays that occur on leap years on February 29. Also the change would require extreme changes in computers and computer-operated devices that are designed to use the Gregorian calendar and 12-hour time lines.

Because of the world condition the concept of a unification of governments and a move to a new and meaningful form of spirituality might make the world a better place. Coordinating the way we keep time might be an important step toward creating an orderly world system of cooperation.

It soon may be necessary for our very survival.