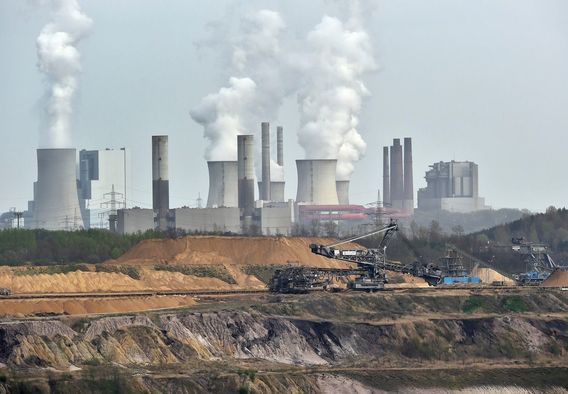 Dealing With The Horrors Of A Dying Planet

Columnist Marty Kaplan, writing in The Jewish Journal of Greater Los Angeles, recently said: “Some facts are so disturbing that the only way we can handle them is magical thinking. If we don’t dwell on them they won’t hurt us. If we ignore them, they’ll go away.”
Kaplan’s words ring true even though the behavior he describes appears to defy logic.

Humans are animals, and in the animal kingdom, all creatures except perhaps the ostrich always respond dramatically to threats of danger. What is there in the human thought process that causes us to ignore or declare disbelief in threats so terrible they obviously threaten our lives, our life style and perhaps the extinction of us all?

Notice how the debate over global warming, alias climate change, still goes on even as the world now suffers horrific storms, drought, summer heat and winter blizzards that not only compare to the worst weather events in history, but break all records. We debate the reality of this problem even as the mountain glaciers and polar ice caps melt and ocean water levels now threaten our coastal cities.

Last summer our television talking heads were reporting great fires sweeping the forests of the world. We are hearing reports of great earthquakes that are toppling buildings that have stood for hundreds of years, and heat waves so severe that people are dying and streets are buckling. Who has ever heard of a massive 300-mile-wide storm packing straight-line hurricane-force winds that toppled trees and disrupted electric power in a swath from Illinois to the Atlantic Ocean? It happened once and may soon happen again somewhere else.

How can we deal with the reality of what is happening our world? Do we play ostrich and bury our heads in the sand, hoping the problem is the temporary fluke that some of the talking heads are saying it is, or do we stand up and attempt to do something about it? And if we want to act, what can we do?

Indeed, the scientific journal Nature published a warning, co-authored by 22 professional researchers from all over the world, who say they believe the earth is approaching a global tipping point. They say we are close to . . . or may have already passed a point where the damage is irreversible. We are racing into what they describe as “a planetary-scale critical transition” and that the consequences will be drastic changes in plant and species distributions, crop failures and may even include mass extinctions.

The cause of this problem is us. We have overpopulated the planet. We have bought into the industrial revolution and used carbon fuels to operate the machines we have invented and to heat our buildings. And as the population raises from the current 7 billion to over 9 billion in the next few years, the problems will only intensify unless we collectively react and do something about it.

Alright, we have agreed to become citizens who care about issues like carbon footprints, peak oil, global warming and all the rest. What do we do about it? For a while it appeared that the Occupy Movement might have been a means of waking our politicians in Washington to the crying need for dramatic change. But instead of listening to the activists, the demonstrations have been assaulted by massive confrontations with police dressed in oppressive black riot gear. The media has all but ignored the gatherings that sometimes reached in the thousands.

Looking to elected leadership is obviously not going to be a solution. For some odd reason voters picked Donald Trump, a man who totally denies global warming as a problem because of his personal and financial ties to the oil industry.  We have learned that special interests really control what goes on in Washington and what the media is telling us. The big multi-billion dollar contest for the election of the man to hold the presidential seat for the next four years is nothing more than a scam. Because of this, it never matters who wins.

Kaplan also wrote: “The oligarchs have us by the short hairs. If you aren’t feeling impotent, you haven’t been paying attention. . . As long as informed majorities are rendered helpless by a rigged system, the only thing more demoralizing that knowing how nigh the end may really be is being trapped, powerless.”
But are we really powerless?

We are powerless to act to fix this critical situation only because we have been fooled for thousands of years to believe we have no power. In reality, the keys to all of the power in the universe are within our grasp. The invisible god in the sky that we have been taught to worship does not exist. The deity we seek has always lived within us. We just need to learn how to go within, make contact and start collectively using this power to make repairs.
​
People desperately need to understand how we have been tricked, and how to call upon the power within ourselves to change everything. If enough of us get involved, there is no reason why we cannot experience a great transformation of our world, break the bonds of slavery, and eventually find ourselves back in Eden. It may not be too late.